Happy Birthday to me, Part 1

My birthday was back in April, but with everything going on, my husband said my present will be delayed.  I expected this and quite frankly, I didn't care what it was or that I was getting one at all with my mind on the ever-changing environment at the hospital.  Plus, we were able to get some Jack Stack BBQ curbside, so I thought that was a great present in itself.  Then, yesterday happened.  He said my gift had arrived, and it was this... 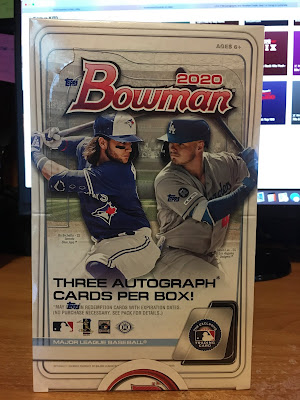 Whoa!  TOTALLY wasn't expecting it at all; quite shocked really.  The next decision was do I open it or sell it?  With the crazy prices on cards these days, especially with this release of Bowman, I wasn't sure what to do.  I could have just held on to it and take some time to make a decision, however, I don't do well with cards that just sit unopened...that's why I never have any unopened packs or boxes!

So...I decided to open it.  My rationale was he had bought me a Bowman Draft hobby box back in 2011, and in that box I got the Christan Yelich chrome auto that I sold for $400 on eBay.  Hopefully, I can turn another profit, if I want to.


Now, onto the other goodies, like Cubbies and Royals, inserts and the 3 autographs! 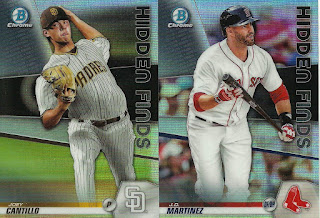 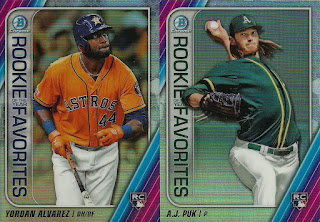 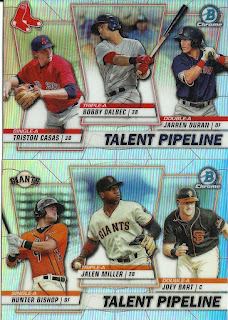 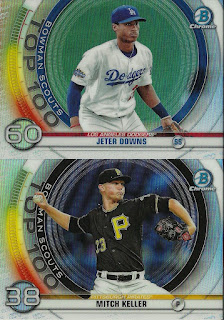 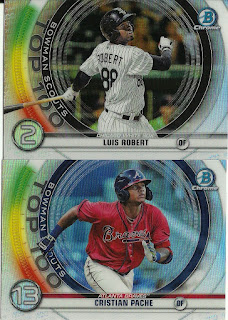 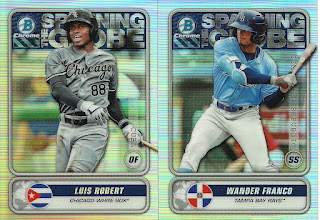 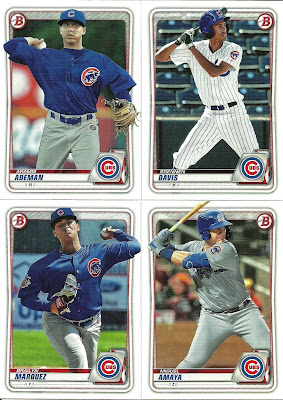 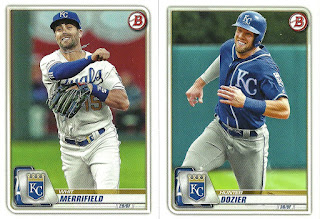 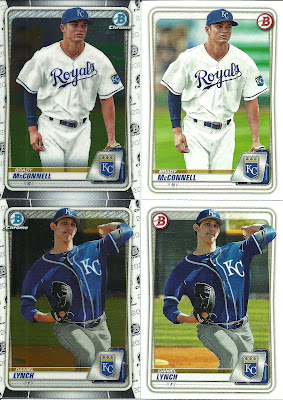 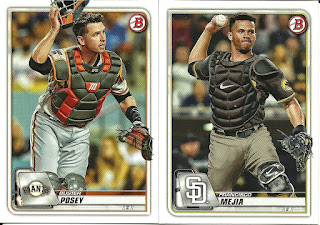 The only PC player that isn't a Cub or Royal 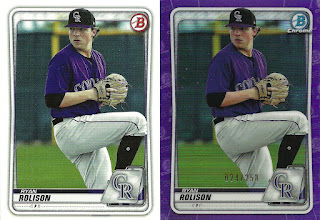 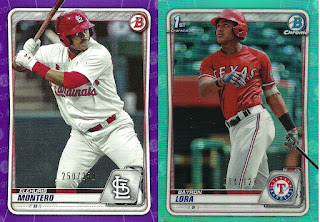