I realized I haven't posted in a while, however, that's because I hadn't gotten anything back! :(
Anyway, I received one this week...Jim Walewander. I wanted Jim's autograph because he played his collegiate ball at Iowa State University. I also sent out autograph requests to the Arizona Fall League this week. I was unsure about sending them, but I had saw on another blog that they did it and got mail back. Let's hope I get some mail back, too!!! 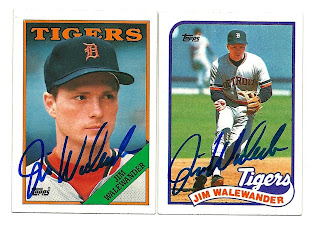 A good week of mail, part 2

Mike Huff signatures in the mail this week. He was another player who I read signs cards. 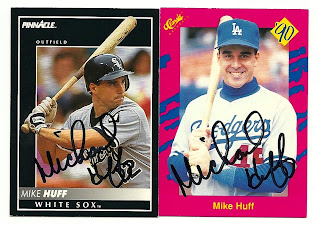 Paul Byrd is known as one of the greatest guys in baseball. Nice signature back from him this week!! 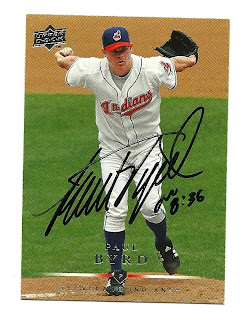 Scott Servais is another one of my returns from my coach/front office/broadcaster mailings. He is currently serving as Senior Director of Player Development for the Texas Rangers. I also targeted him because he was a former catcher!! 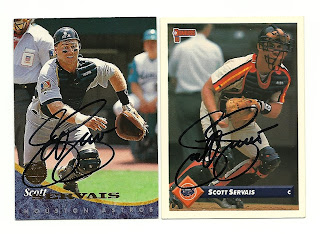 Terry Puhl was one I also got back this week. I had read that he was a good signer, and he didn't disappoint! I love the 1986 Topps and the auto on it!! 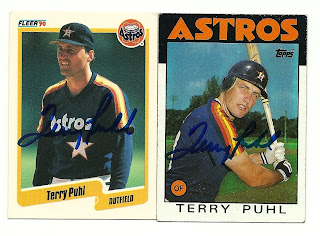 Tim Wallach was the second coach/front office/broadcaster mailing I got back this week! I always loved the Expos uni's!!! Tim is currently the 3rd base coach for the Dodgers. 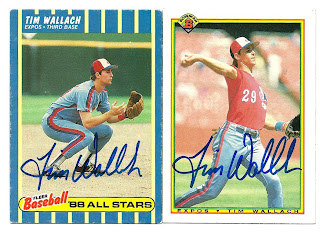 Some mail this week...

First up, Paul Wilson. I got this card out of the random pack I bought while at Fenway Park. 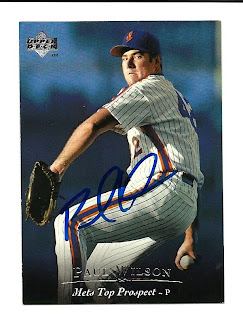 Next up, Joel Hanrahan. He's originally from Iowa, so that's why I went after his signature. Nice looking card, signature, and nice season for the Pirates! 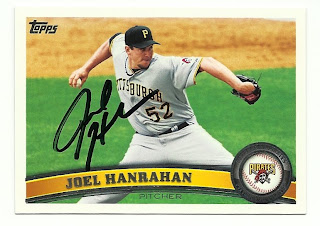 Last, but not least, Gary DiSarcina. He's currently in the front office for the LA Angels. This is another one back from my target of trying to collect a coach/manager/front office/broadcaster from each team. I still have 24 I'm waiting on. I'm at 24% so far. 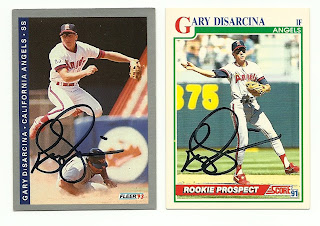 Posted by Laurie at 1:23 PM No comments: