As I have slowly had some time to devote to my hobby, I really want to get my sets completed.  So, I went back to COMC to achieve that.

Still working on the 2012 Bowman Platinum, but now I'm a little closer.  I'm still bummed out that Bowman decided to do away with the Platinum series; I though the last couple of years they produced great looking cards.

2014 Bowman.  Just trying to finish up the prospects set and chrome prospects.  Too bad some guy named Kris Bryant is making it difficult. 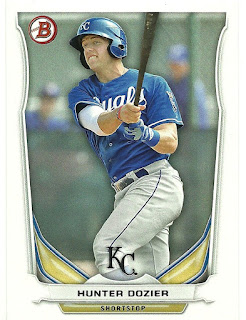 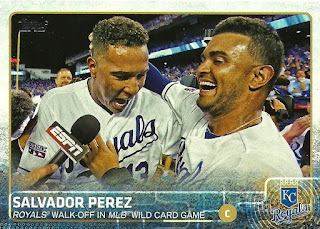 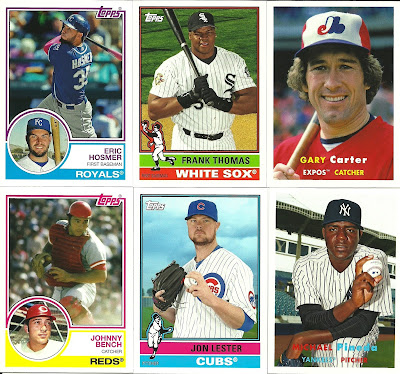 My first trade since November!

I hadn't realized it had been that long, until I looked at the last time I made a trade on Zistle!  Yikes!  My job and school has definitely taken away from my hobby time, which includes TTM, trading, and building my player collections.  I hope that I will have a little more time here in the future to trade.  If you have proposed a trade to my on Zistle, don't give up on me!  I hope to touch base with everyone who proposed a trade within the last year.

Bubbasbums has been one of those Zistle traders who has been patient with me.  I know he proposed a trade earlier this summer, and I was finally able to have some time to find cards to send.  I sent him a bunch of 2015 Bowman, and he hooked me up with a bunch of Allen and Ginter (as well as other goodies) for my player collections. 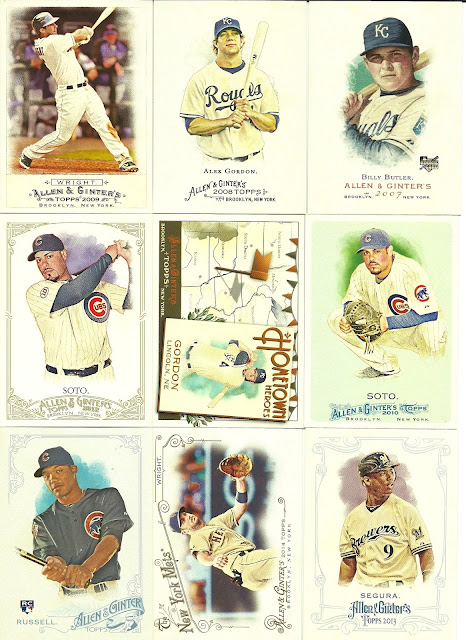 This card was surprisingly thick. 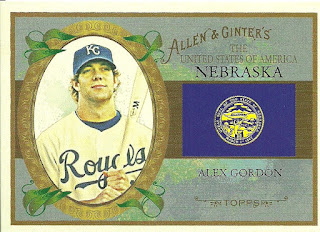 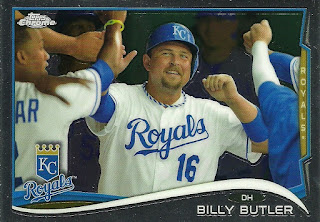 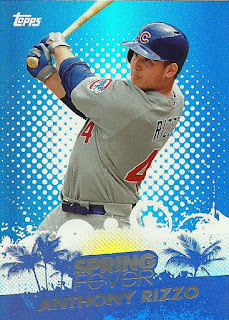 I was sorry to see this guy get traded.  Cueto hasn't been all that fantastic since he got to KC, and he's not making fans happy. 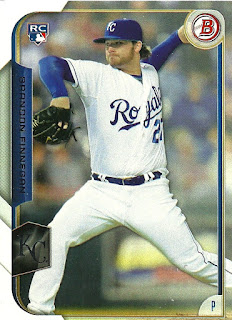 Yeah, I bought a couple of packs of Panini, too, this summer.  I'm not sure why...I'm usually not impressed with the product.  Here's what I got: 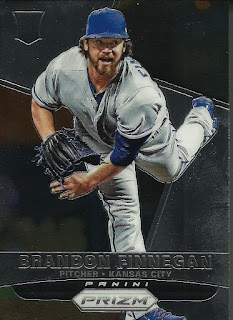 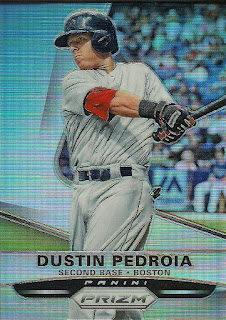 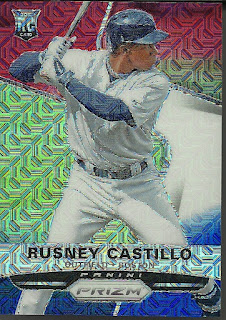 Posted by Laurie at 3:54 PM No comments:

I really like the 2015 Topps design, so I went out and bought a Chrome blaster box.  I love the design.  It is better than years past with the grey border. 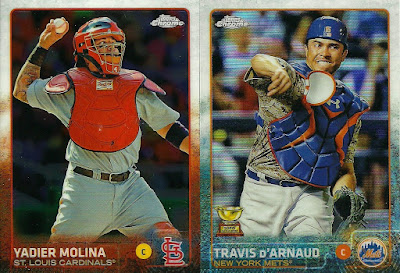 Inserts:  The future star insert is pretty cool.  I would have made the logo in the background bigger, though. 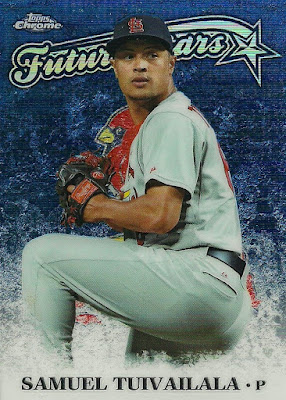 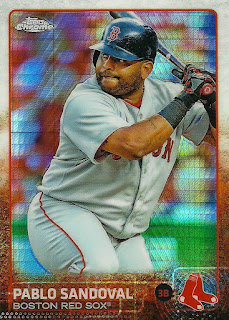 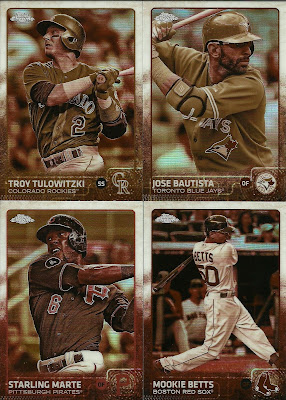 Posted by Laurie at 3:59 PM No comments:

I was so excited to get my hands on some Stadium Club cards this summer.  I bought two blaster boxes and picked up some nice cards for my collection. 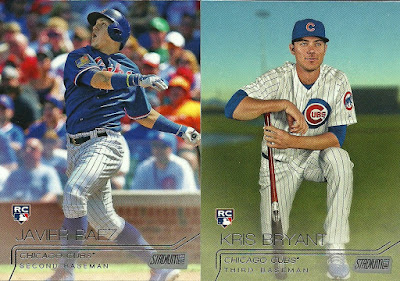 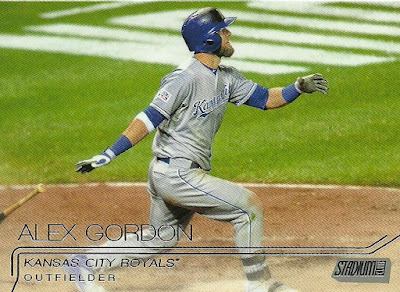 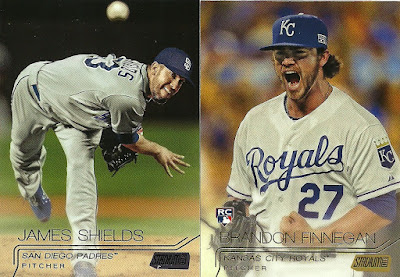 Old guys:  There are a lot of old players in Stadium Club this year.  I love it!  The photos are great! 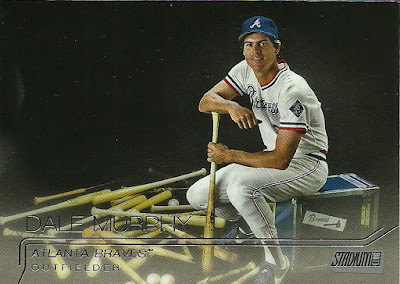 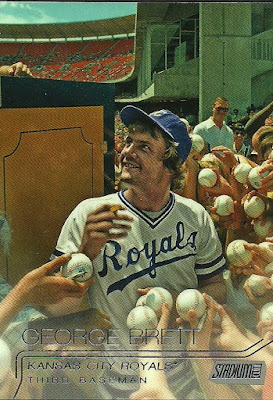 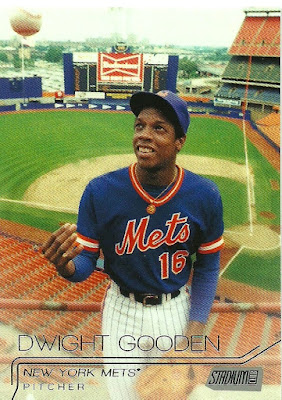 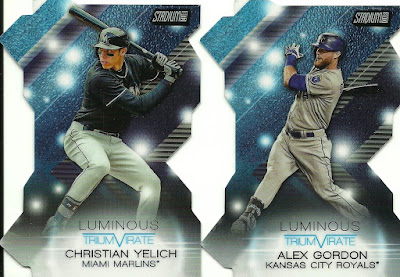 Posted by Laurie at 3:42 PM No comments:

There was a period this summer, where there were no new cards out.  When that happens, I gravitate towards the boxes that are repacked.  There was something that was new, however.  This repacked box included a graded card.  Needless to say, my curiosity got the best of me. 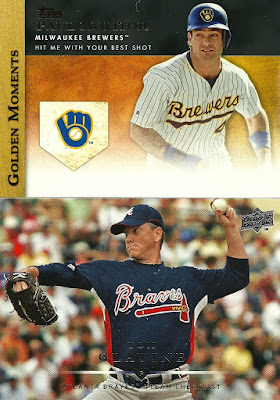 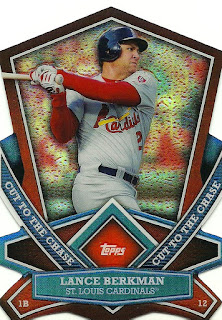 The graded card?  Here is it: 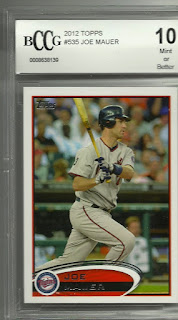 My scanner cut the picture off, but nothing special.  They got me again.
Posted by Laurie at 3:34 PM No comments:

I sent in a few more NPN envelopes, and I was rewarded for my time.  I did receive new Royal, Johnny Cueto! 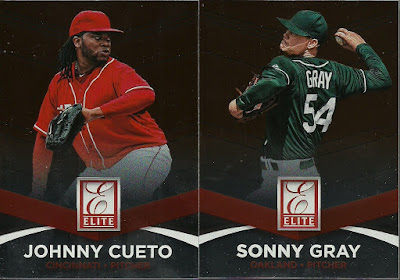 Posted by Laurie at 3:30 PM No comments: