Number 1 is Andre Either.  This was one I thought I would never get back.  I got this back shortly after the first of the year.  It took almost 500 days to get it back!

Andre has started the Dodgers' opener in right field for five consecutive seasons. That streak appears over, barring injury to Yasiel Puig.  That could leave Ethier in center field, or in left field, or left out, or on another team. The Dodgers say they have no plans to trade any of their four outfielders Puig, Crawford, Ethier, Kemp) at this time. 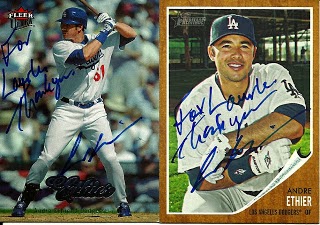 Posted by Laurie at 2:13 PM No comments:

I got a quick return over the holidays from Mark Kelso.  He appearing in four consecutive Super Bowls with the Bills from 1990 to 1993. He was well known for wearing a "pro cap" on his helmet which was used to reduce the risk of concussions. 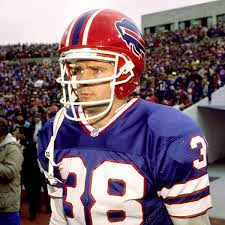 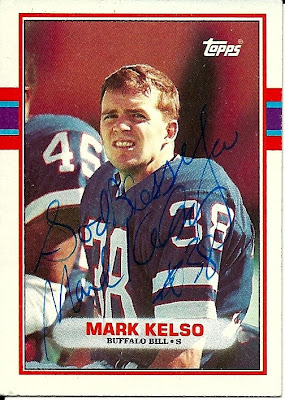 Number 2 is Alex Meyer.  I wanted to add him to my TTM collection because I had two of his Bowman Platinum cards from 2013, and I wanted to see how a Platinum card would look with a TTM on it.  It looks great!  I was worried that it would smear.

Alex is one of my two responses I have received from the Arizona Fall League this year.  I'm still waiting on the others.  Alex was 2-1, 3.12 ERA, and 20 strike outs in 26 innings/7 games in the AFL this year. 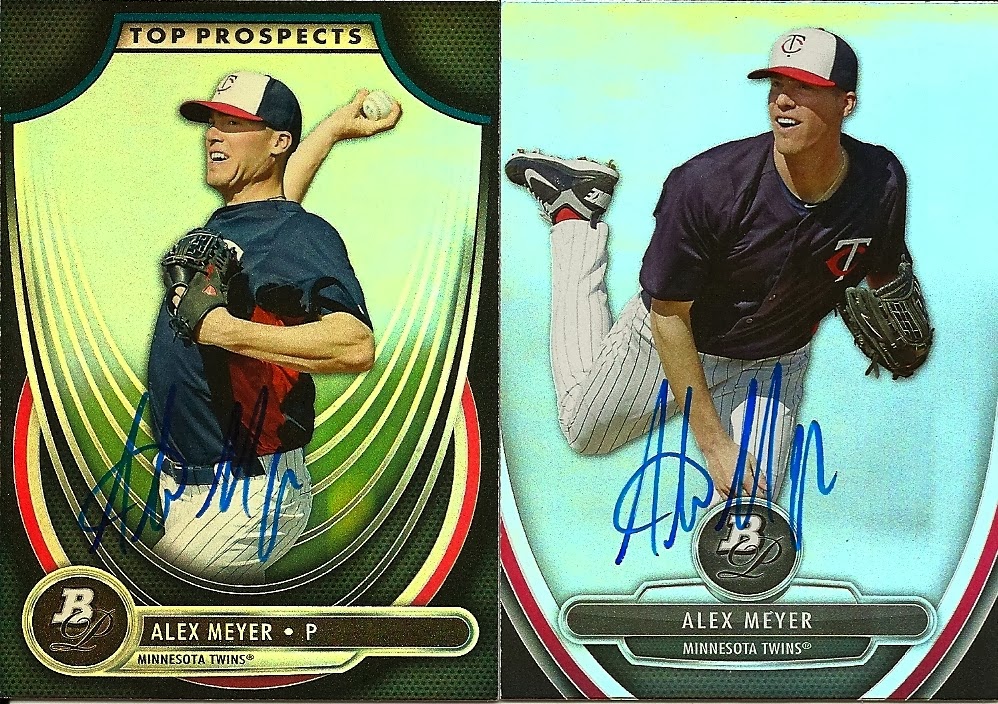 Posted by Laurie at 2:07 PM No comments:

Since receiving his TTM, Matt was named Astros' recipient of the Wilson Defensive Player of the Year Award.  He finished the season with a .241 AVG, 21 HR, and 77 RBIs. 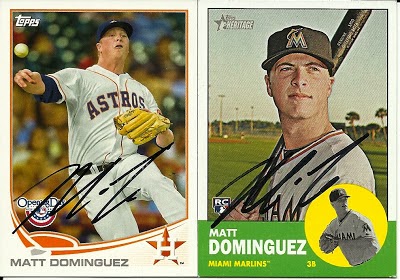 Posted by Laurie at 2:02 PM No comments:

Number 4 is Brent Mayne, former catcher for the Kansas City Royals.  This took almost a full year to get back!  This added another catching TTM to my collection, as well as some Royals cards.

Brent has his own website, The Art of Catching. 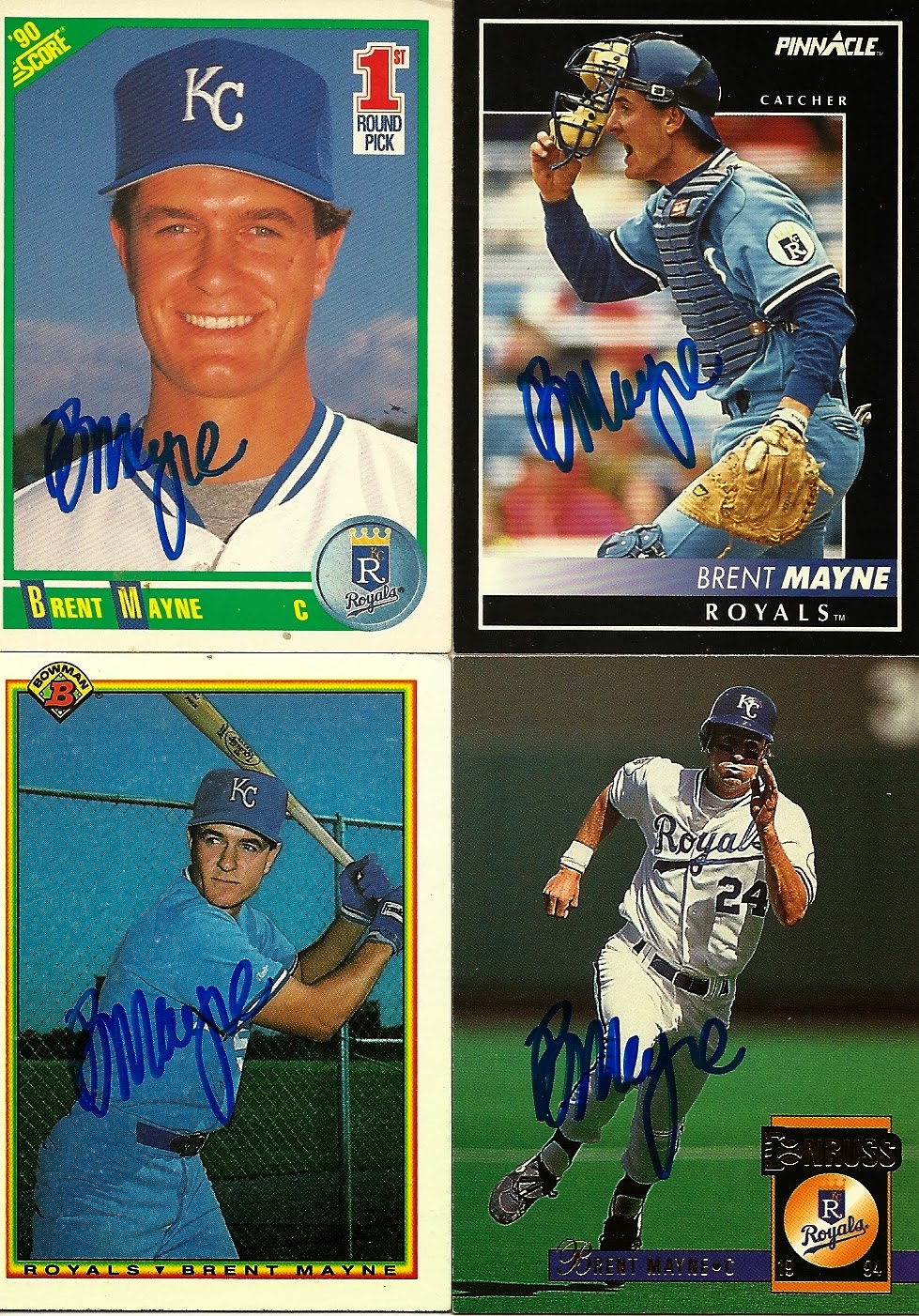 Posted by Laurie at 1:54 PM No comments:

Number 5 of 2013 is Pratt Maynard.  I wanted to add him to my collection because I really liked this card because he was in his catcher's gear.  I sent this to Rancho Cucamonga, the Class A Advanced Affiliate of the Dodgers.

Since receiving this card, Pratt was selected for the Arizona Fall League and played for the Glendale Desert Dogs this year.  He only played in 9 games, hitting .115, with 1 home run and 3 RBIs. 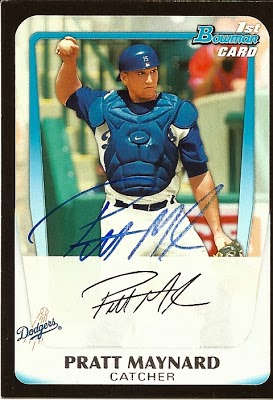 This year on my TTM adventure, I didn't get many cards back that weren't signed, unlike last year.  This year, I decided to do my Top 5 TTM Debbie D's as cards that I haven't gotten back through TTM this year.

5.  Tim Laudner - former Twins catcher.  I was really hoping to add him to my collection as a catcher and as a former Minn. Twin.

4.  Adam Dunn - I sent some cards to his home address in Texas.  I had read that he doesn't sign during the year, but will sign in the off season.  Not so much.

zac247s over on the Zistle page has been a frequent trade partner of mine.  This time, we did a small trade, but we both got some things that we needed. 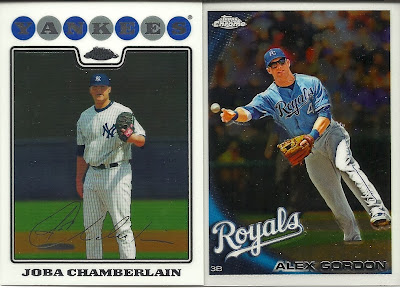 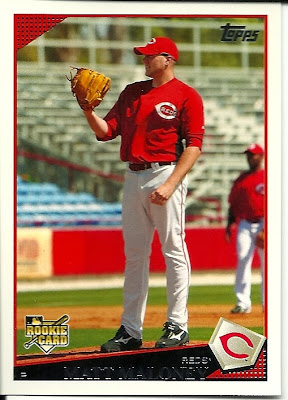 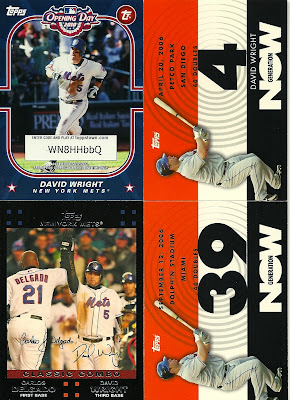 I haven't had much time to devote to trades or TTM requests lately; seems that life keeps handing me rotten eggs.  Anyway, I received this TTM from Troy O'Leary over the weekend.  I remember when the Brewers switched logos to this one, and to this day, I still think it's ugly.  How could they have gotten rid of the ball and glove? 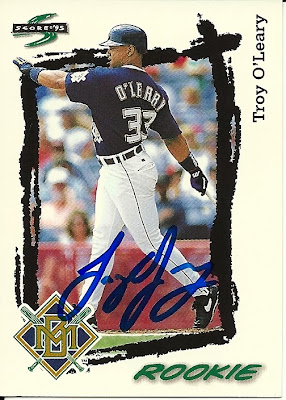 (I have been trying to get this posted for over a week!  I'm not down with Google+)
Posted by Laurie at 2:14 PM 1 comment: