It was a good week for mail.  It's starting to trickle back in a little faster than it was a couple of weeks ago, thank goodness!

My first success is Mike Napoli.  I tried to get him last year via the Texas Rangers, but got my card back and a pre-printed card.  I decided to take a second chance at getting him through Spring Training, hoping that they wouldn't have the pre-printed cards there or made-up yet for the year.  And, I was successful! 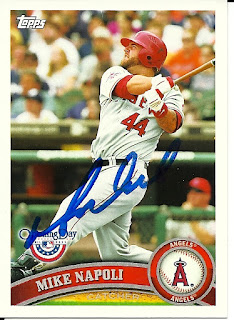 Next up, another success from my left over 1987 Topps.  Jim Lindeman was a big prospect for the Cardinals when I started collecting cards.  It never really panned out for him, but I still remember when his cards were a big deal, especially this 1987 Topps Traded. 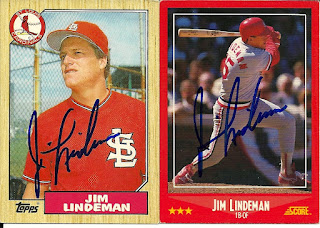 Last TTM of the week, came from my first Minor League try this year.  Ross Ohlendorf is one of the smartest and nicest guys in baseball.  He's currently in the Red Sox minor league system.  I hope he gets a call-up soon! 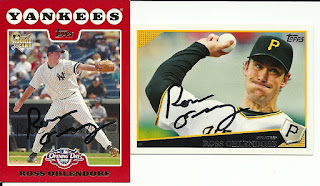 Posted by Laurie at 8:07 PM No comments: 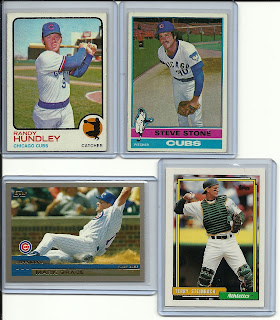 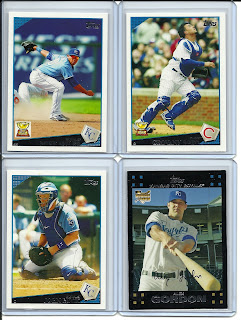 Here are the cards I received from the 2011 Topps Diamond Giveaway.  I did not unlock ANY of these cards.  I traded for them all.  Granted, to some, it may look like I got a bad deal, but believe me, I got a great deal on these.  I really unlocked some BAD cards, so I was pretty happy to end up with cards I wanted to add to my collection.  The only one I couldn't trade for (and tried multiple times) was a 2005 Topps Billy Butler.
Posted by Laurie at 2:30 PM No comments:

I got some awesome returns over the weekend.  I'm super excited about both of these because they are from my two favorite teams!

First up, Les Lancaster.  My favorite memory of him was the 1989 Chicago Cubs.  They won their division, but faltered in the playoffs. 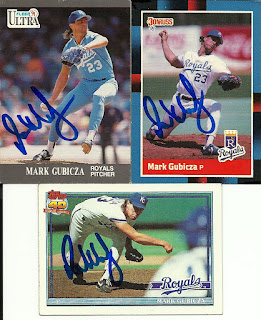 Next up, Mark Gubicza.  One of my all-time favorite Royals.  He is currently a broadcaster with the Angels. 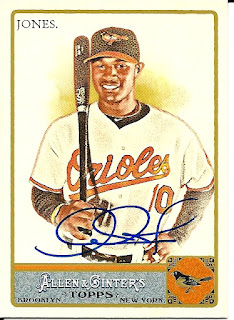 I know I haven't posted in a while, but I really haven't had any mail to post!

I got this Adam Jones back from Spring Training.  Neat signature!!! 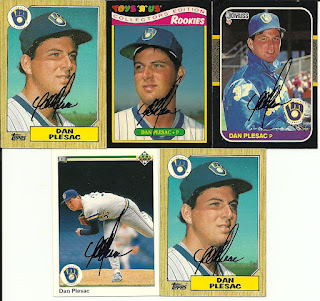 Next up is Dan Plesac.  I sent this to the MLB network, and it was a quick turnaround!  Dan was one of my very first TTM attempts when I was younger!!! 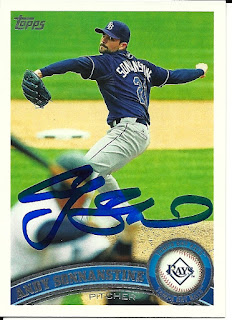 Yikes!  The mail has been slow!

First up, one back from Cubs Spring Training, Andy Sonnanstine.  He was sent to the Iowa Cubs.  Hopefully we'll see him in Chicago soon! 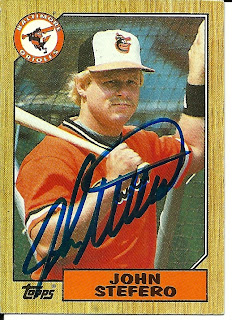 Next up, another 87 Topps back.  I loved these old Orioles uni's and I'm so glad they brought the bird back this year on their caps!!!