I think Topps hates me

When Topps released the 2015 Series 1 of the flagship set, I went out and bought a blaster box.  I never did a blog post on it, but guess what was in there?  ALL the Madison Bumgarner cards from Series 1!  Really?!?  As if any Royal fan can forget Game 7 of the World Series here in KC, now I feel like Topps is rubbing it in my face!

So, this weekend, I was finally able to find and pick up a blaster box of 2015 Topps Opening Day.  You'll never guess what was in there! 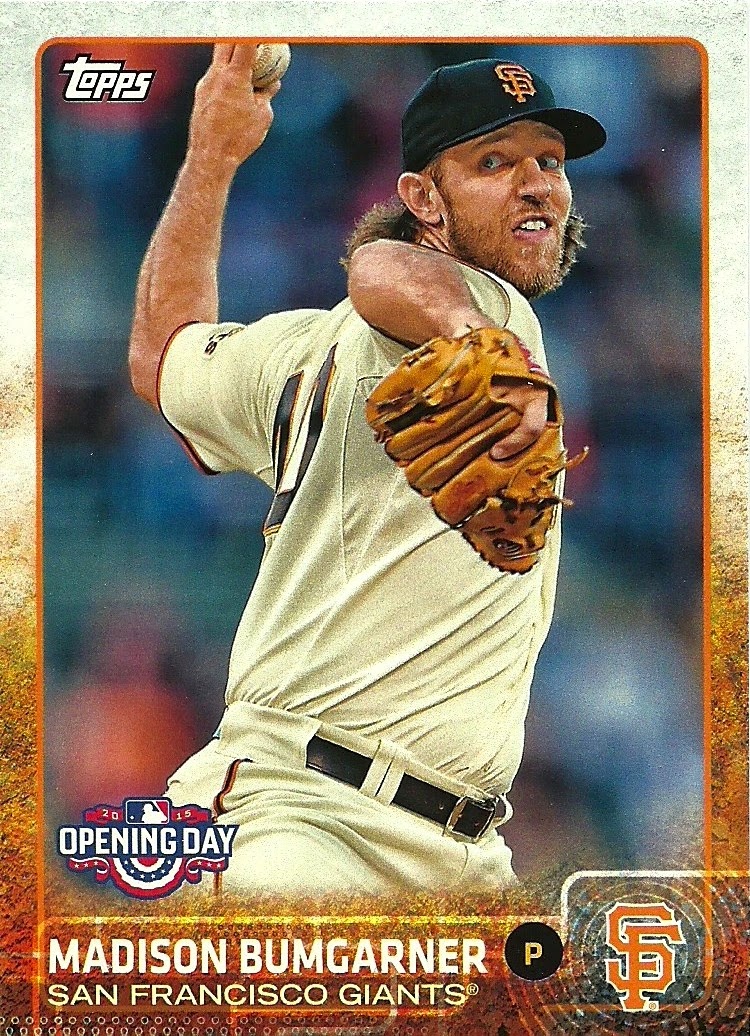 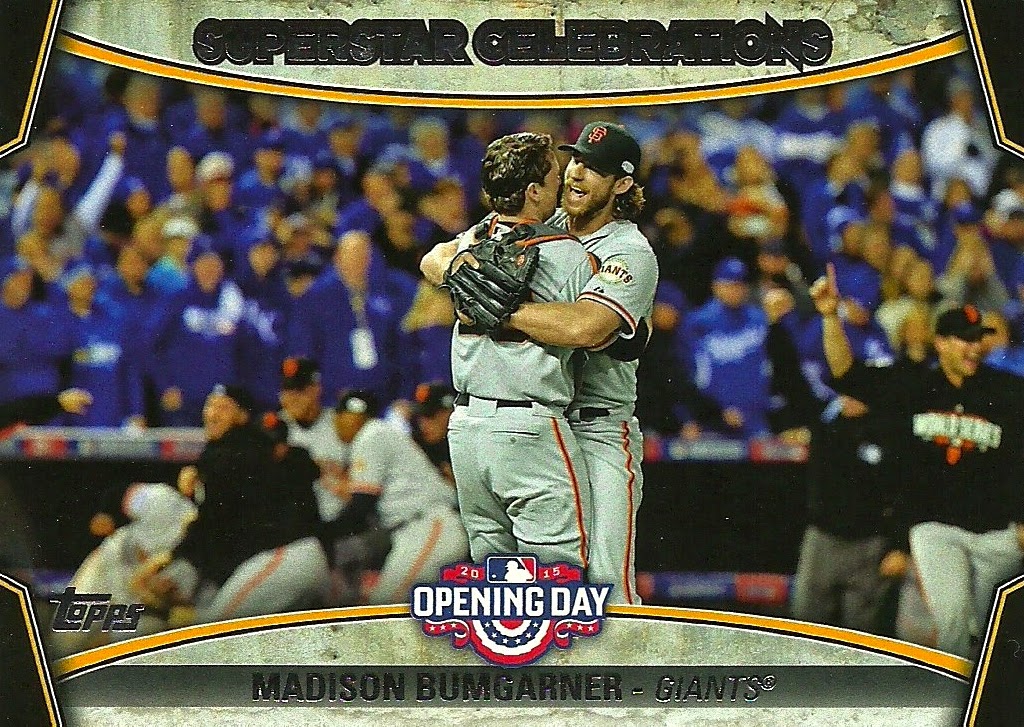 I think Topps has it out for Royals fans.  Here are the cool things I got in my box: 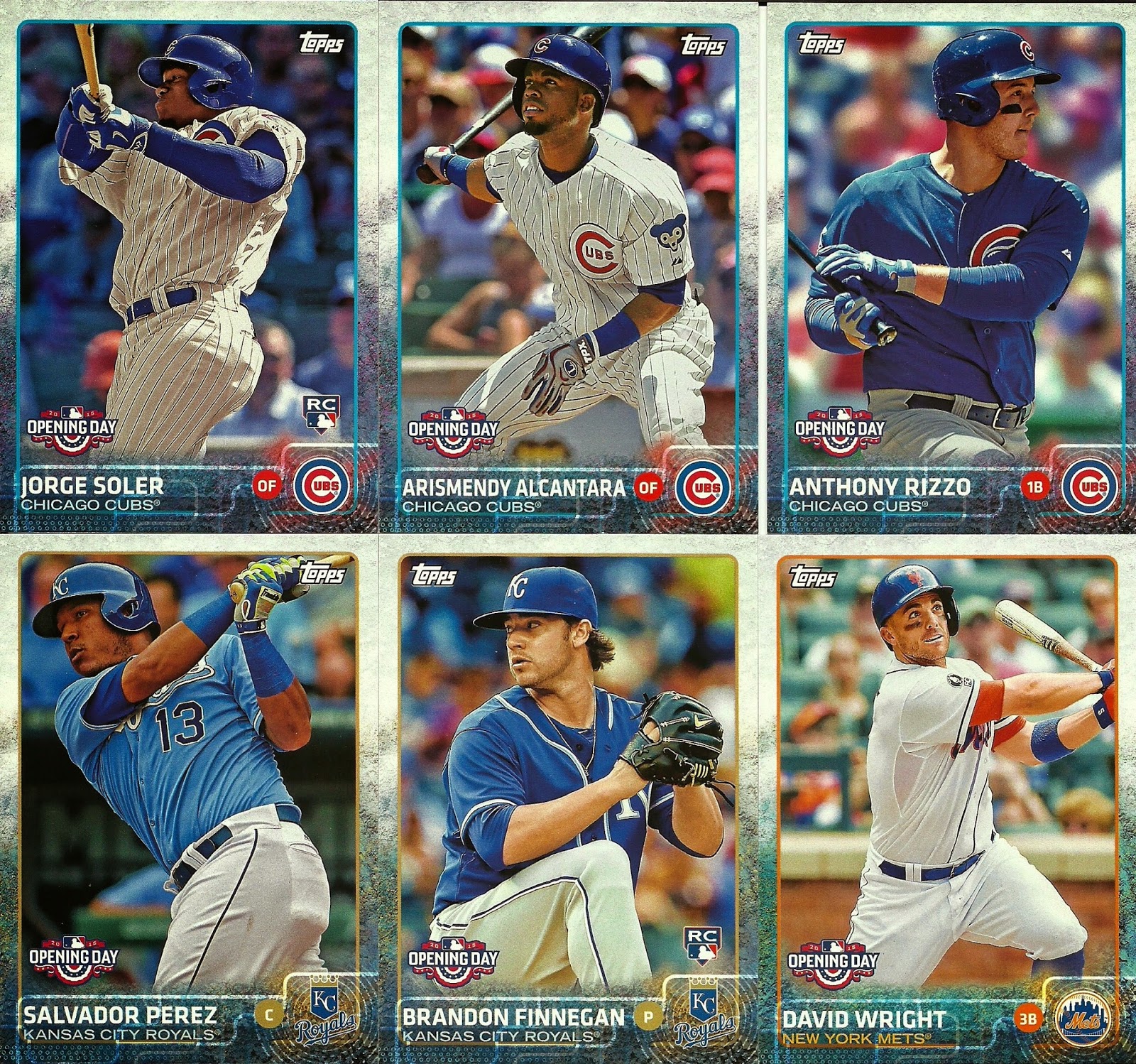 I love these Blue Opening Day cards.  I read on the Internet they were suppose to be numbered to 2015, but I don't know if Topps changed their mind or what. 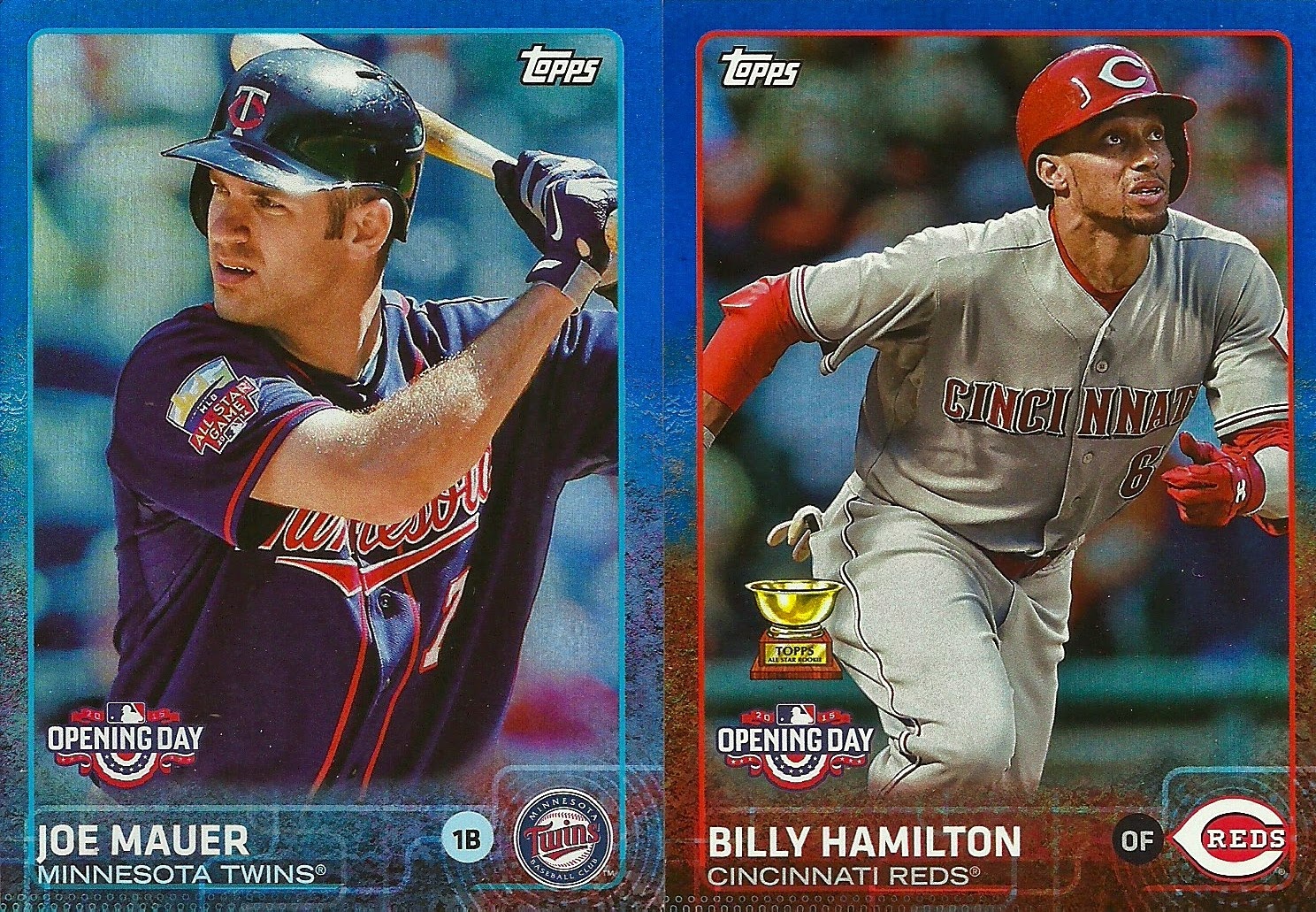 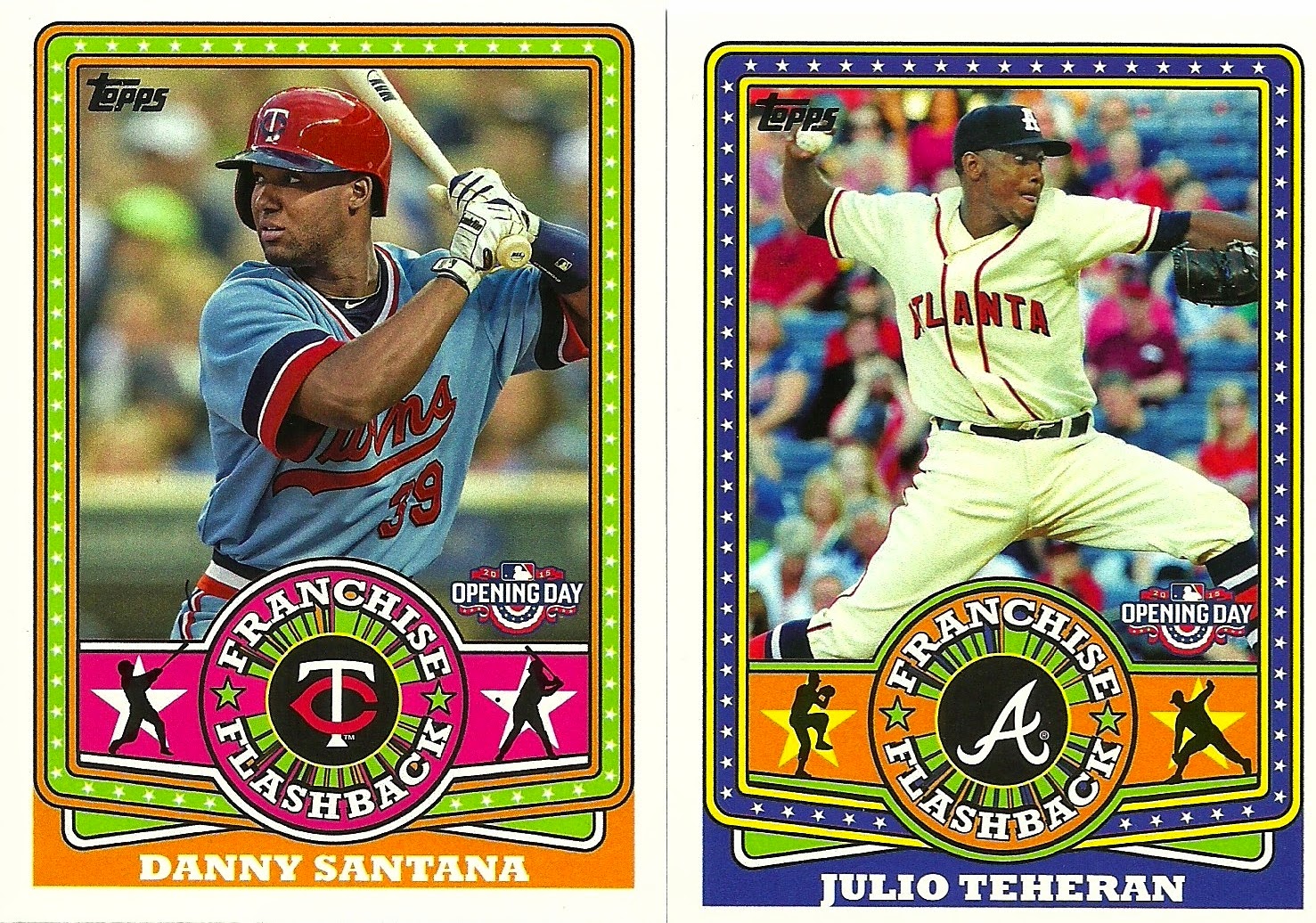 These stadium scene cards are pretty cool!  I wish I could take cool pictures like these! 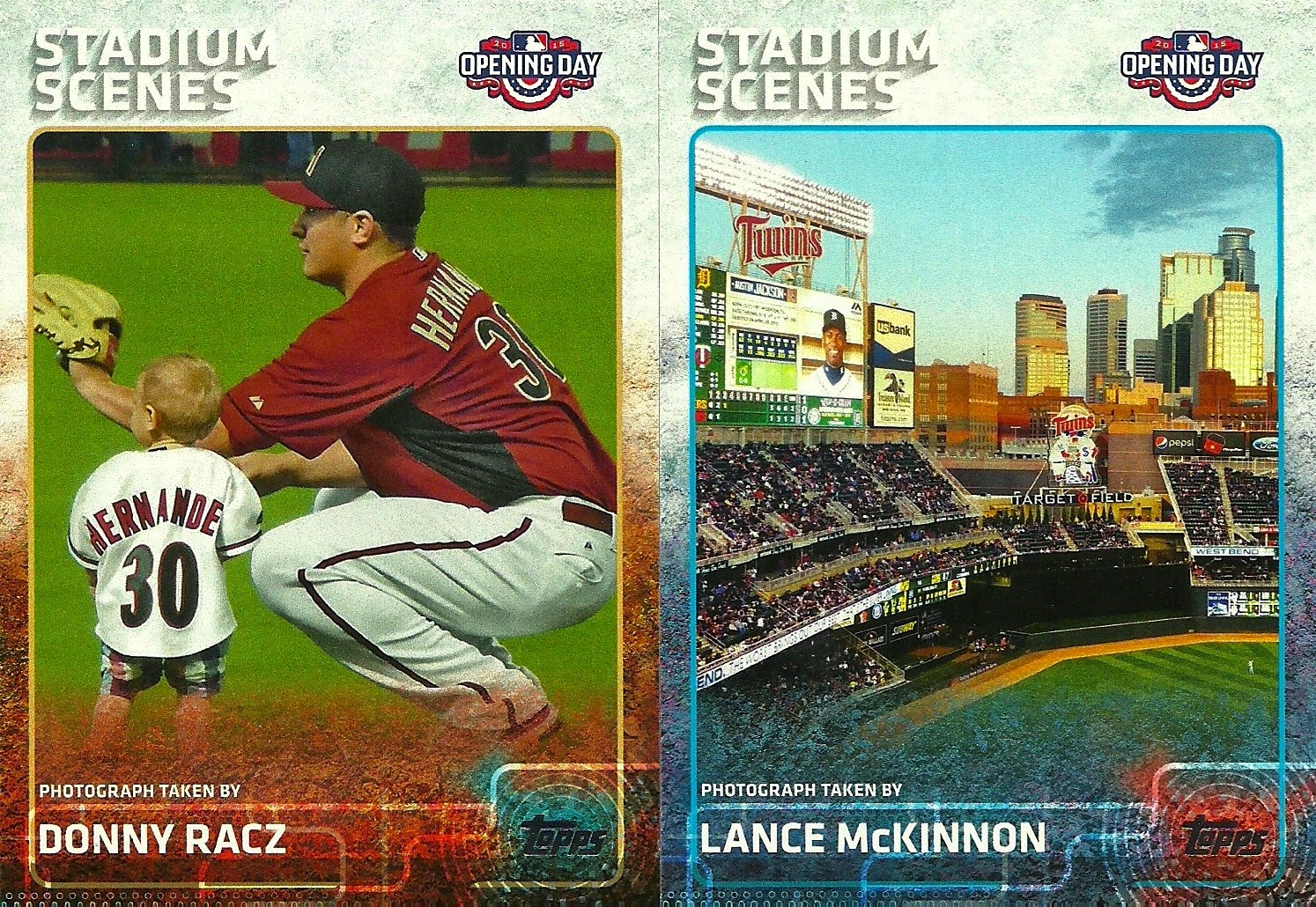 Posted by Laurie at 2:28 PM No comments:

I wish Topps didn't have all the MLB licensing.  I think Donruss could make a run at them.  I enjoyed the 2014 set, and I happen to see 2015 out at Walmart this weekend.  I'm pretty happy with what I got: 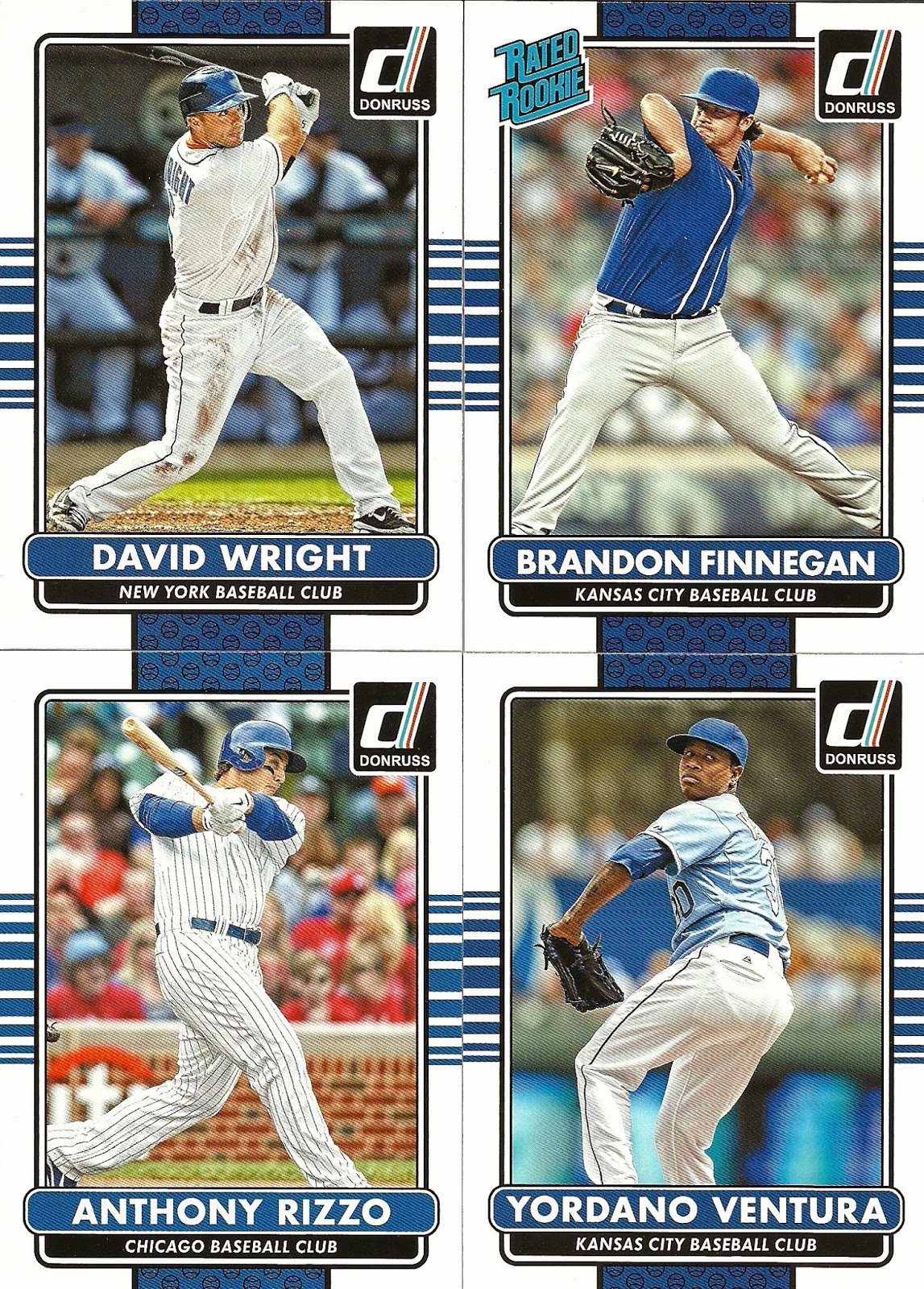 I loved all the inserts!  Classic Donruss! 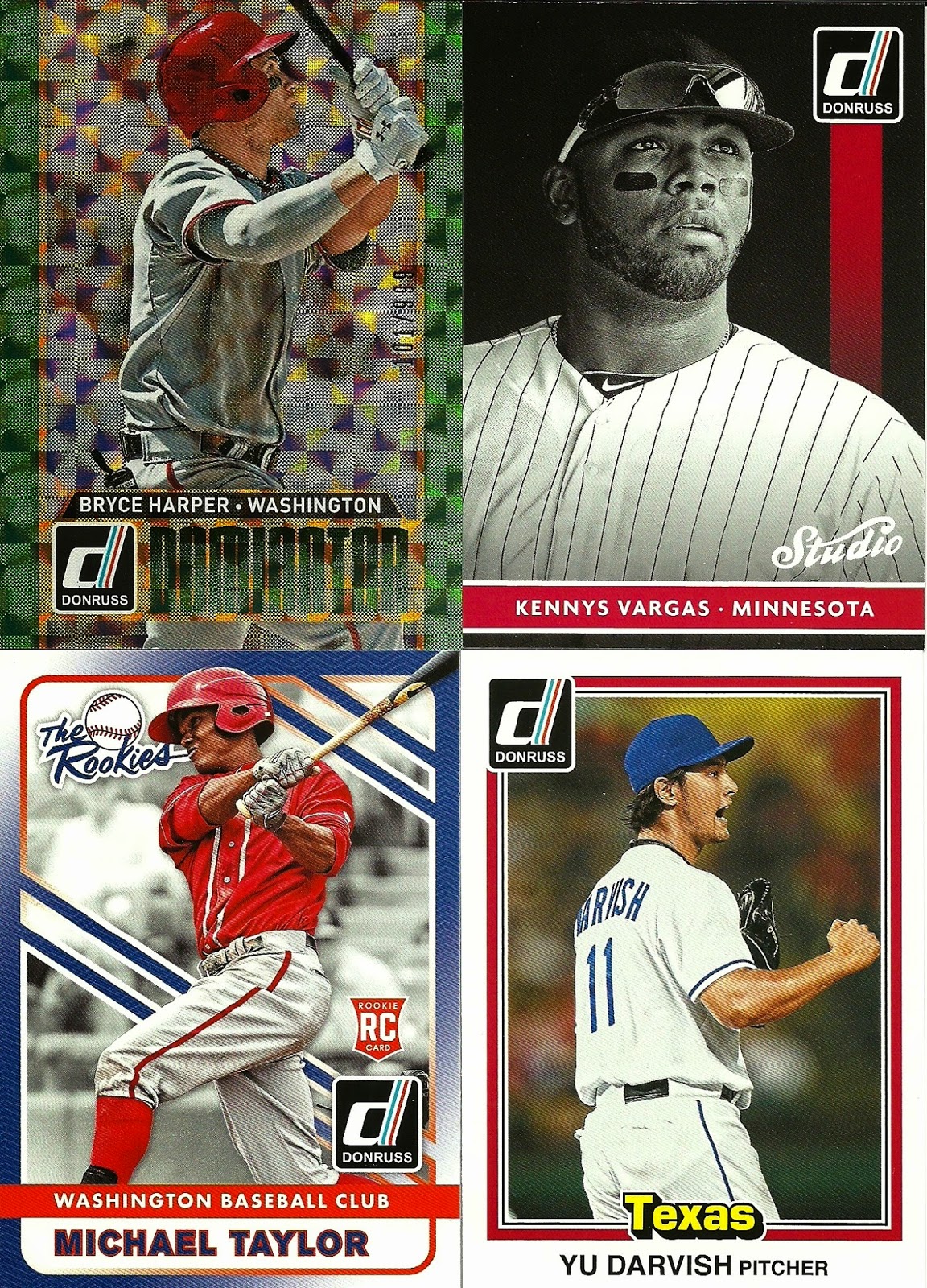 Posted by Laurie at 2:21 PM No comments:

I was just about to write this one off, but I got both my cards back, signed, by Casey Candaele.  I usually write TTM requests off at a year out from the mailing date, so I got this back just in time!  I have always liked the photos on the 1993 Upper Deck cards, especially this one of Casey.  The bummer is, you can barely see the autograph on the Upper Deck because it is so dark. 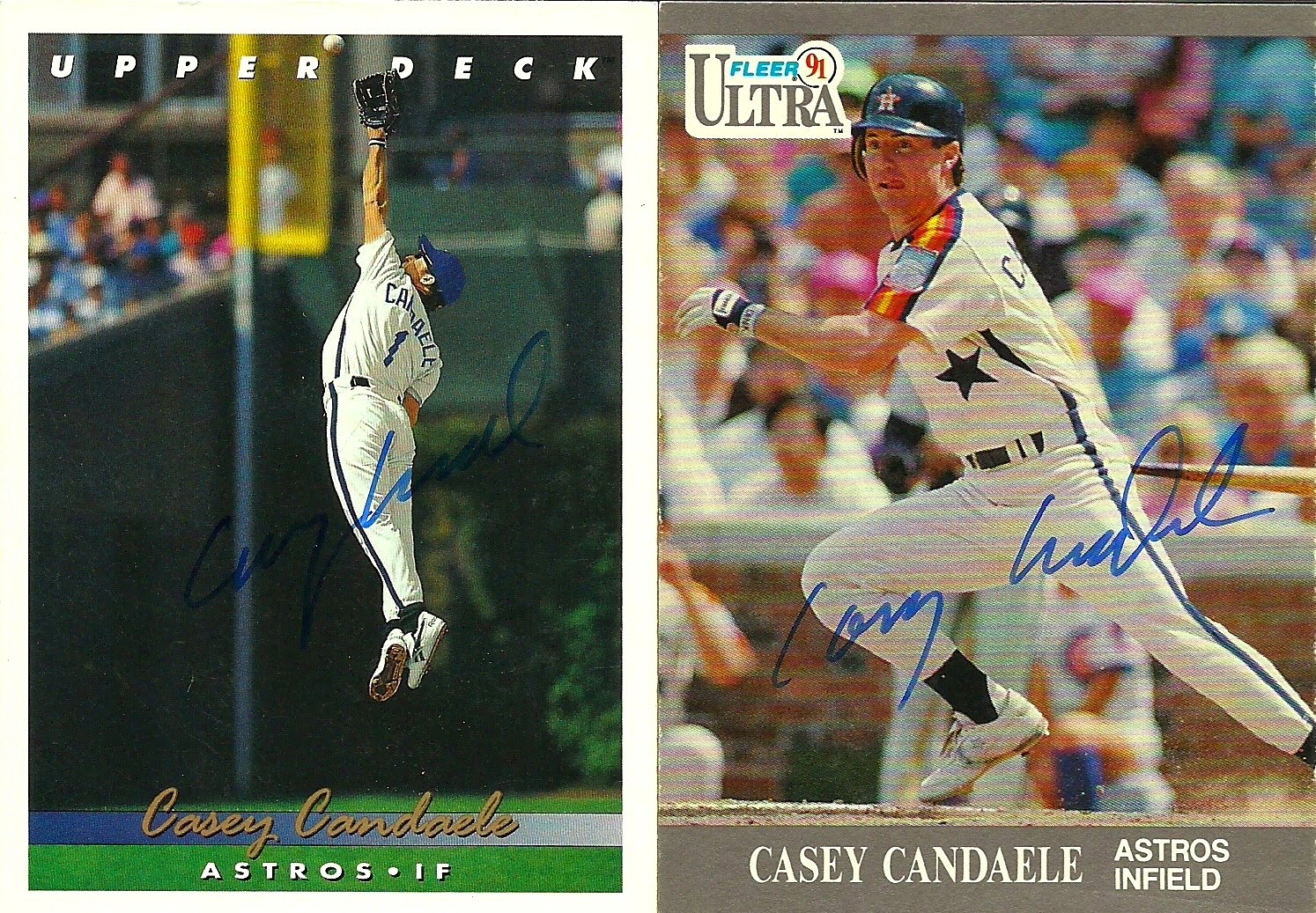 Posted by Laurie at 2:21 PM No comments:

I had not been making much headway in my Cubs and Royals collection, so I decided to try to see what I could find on the internet.  I found the prices for the cards I was looking for was better on Just Commons versus COMC.  I have purchased from COMC before, but they didn't have a very good selection for what I was looking for this time. 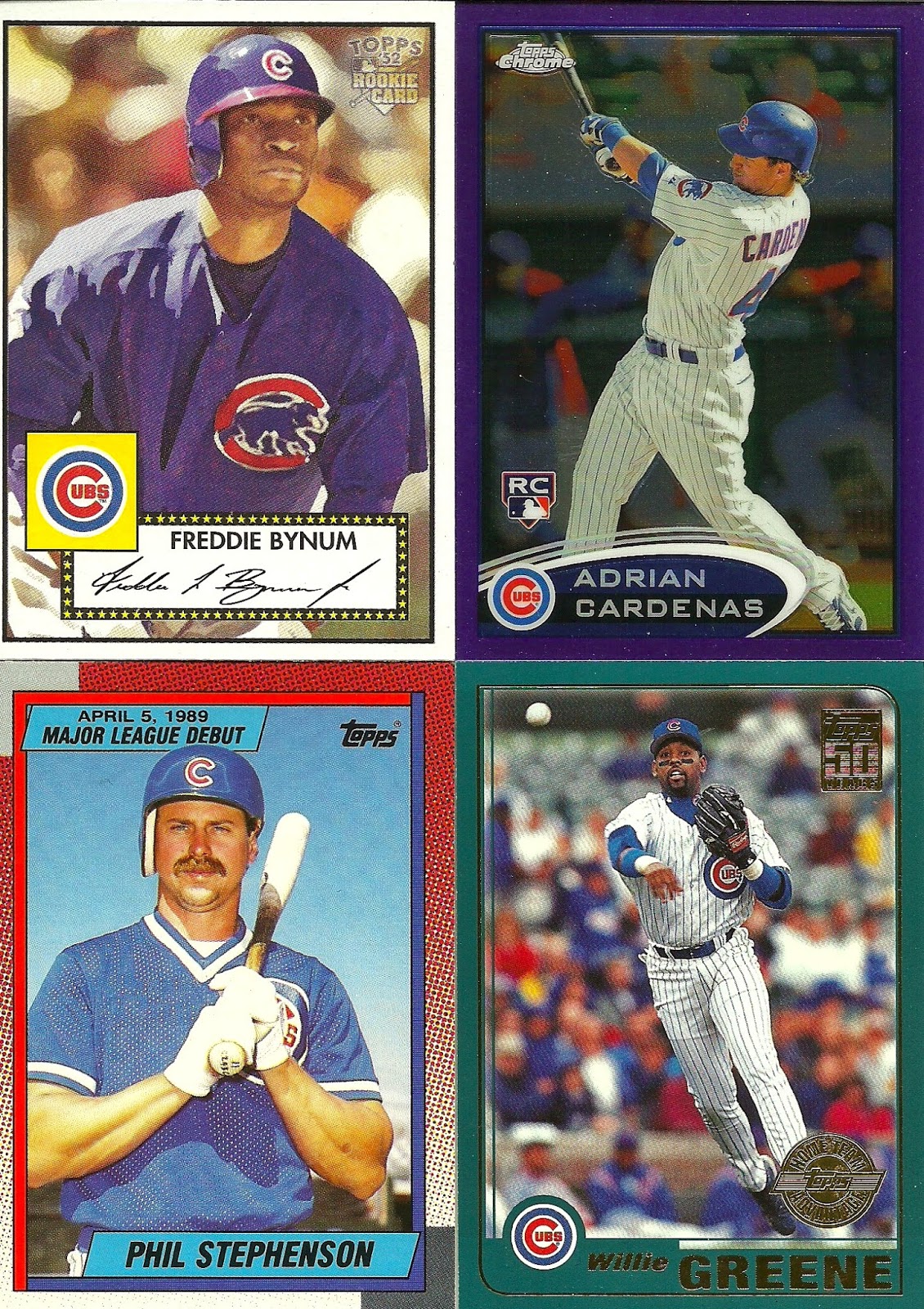 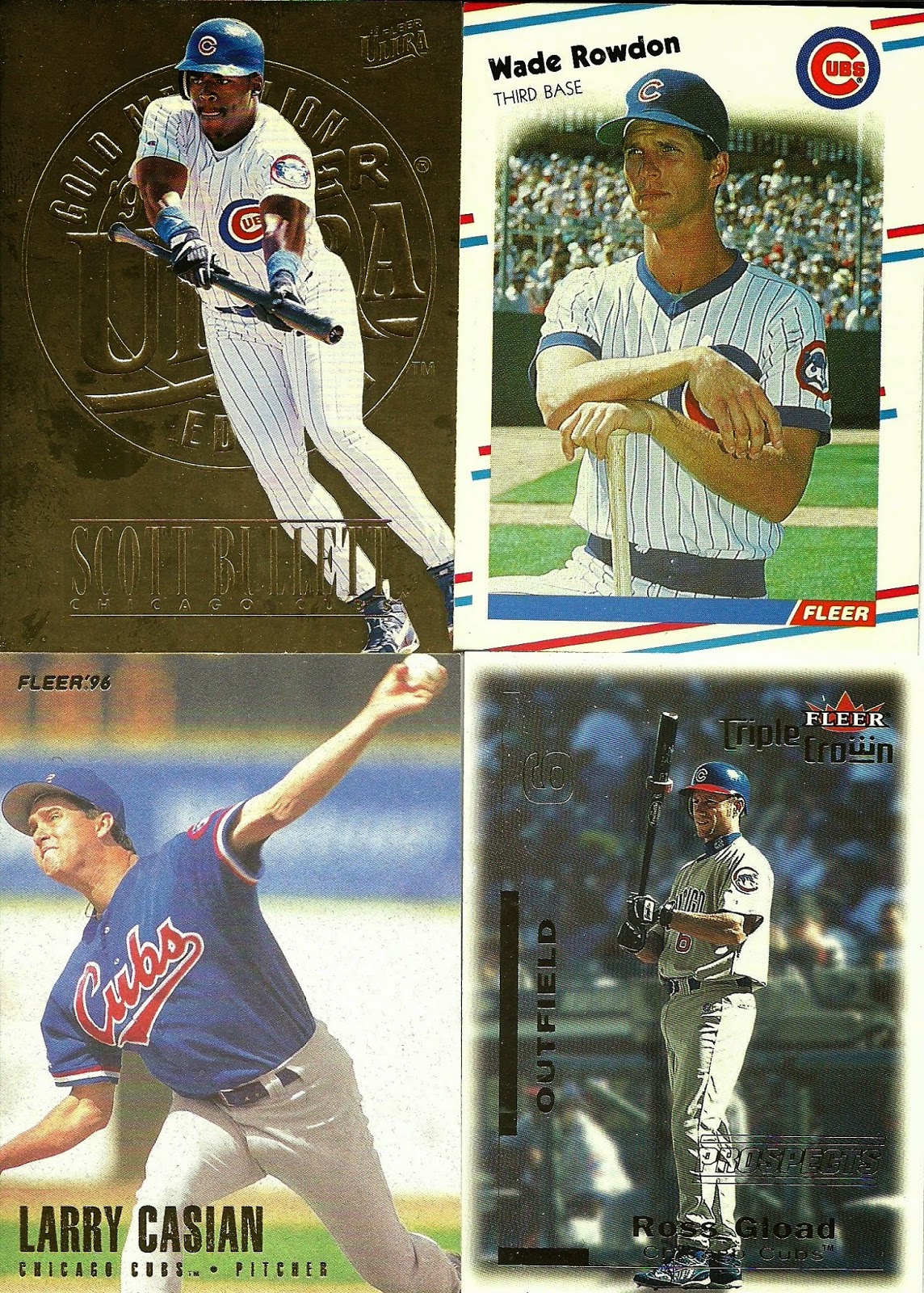 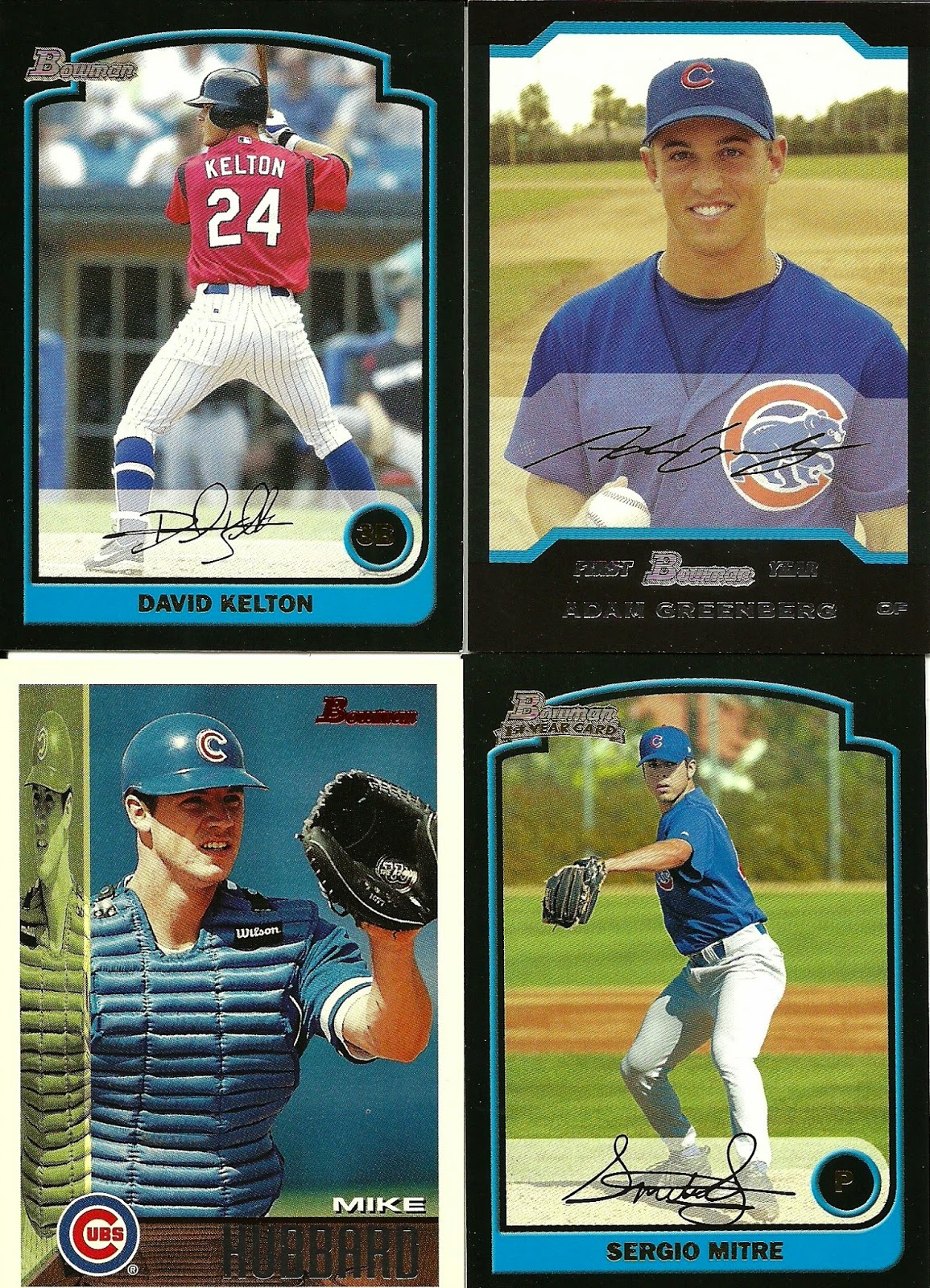 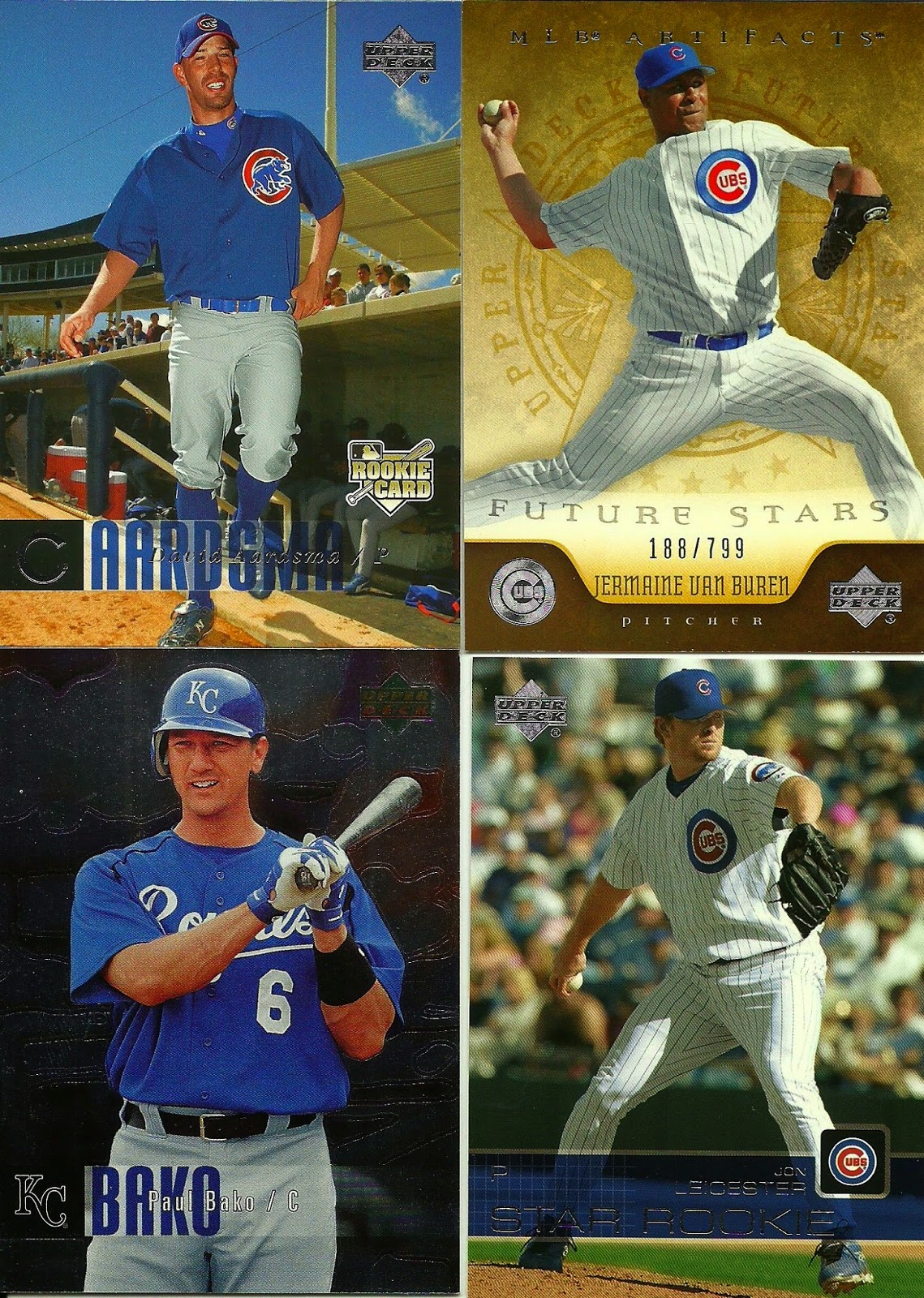 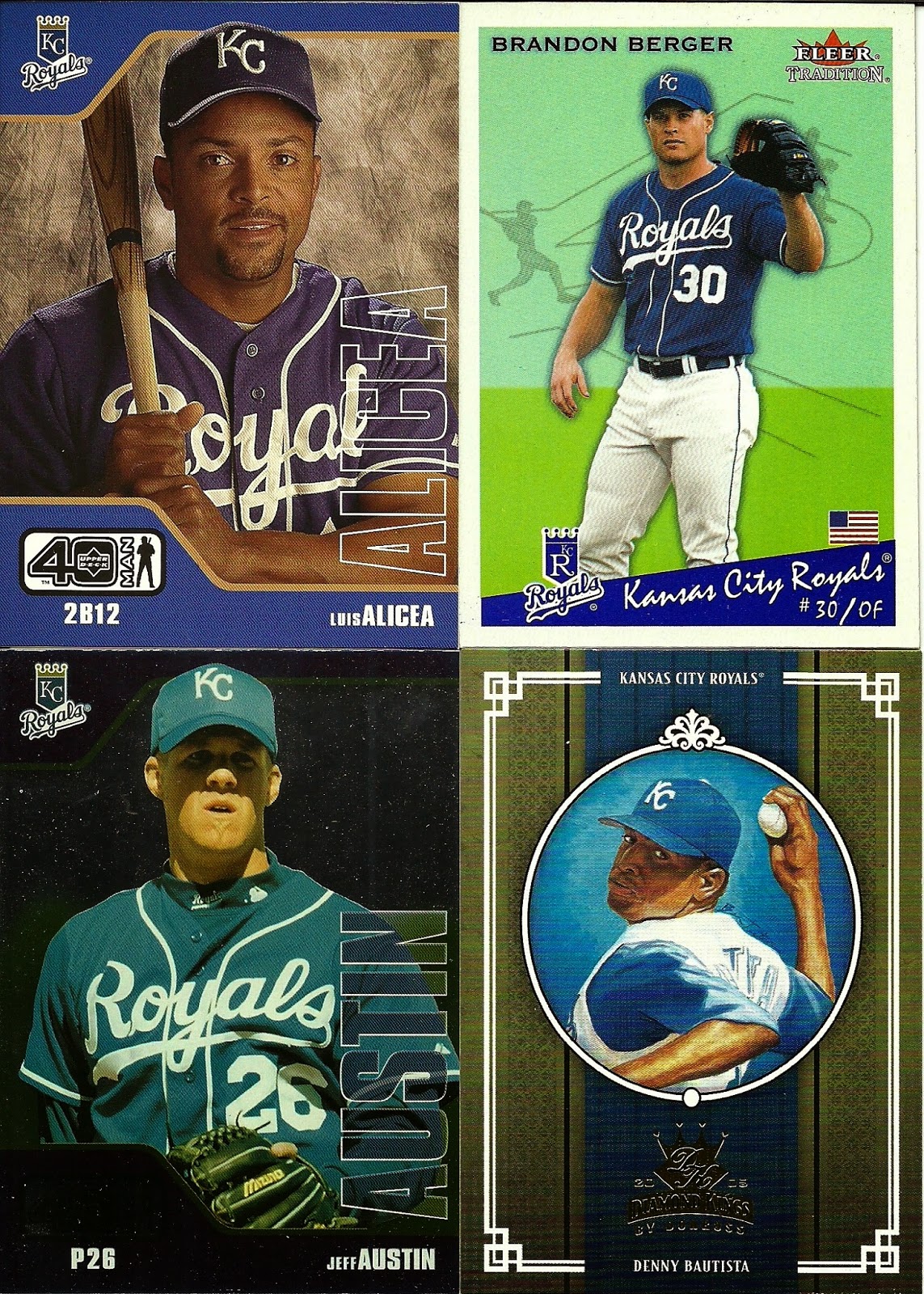 We were over having supper about a week ago, and we stopped into Vintage Stock to see if they had anything new in movies and music.  They do have a small card section, so I check that out, too.  I bought a pack of 2014 Stadium Club, 2014 Heritage Minors, and 2014 Pro Debut.

I really like the fact that Topps brought back Stadium Club, but I hadn't had the chance yet to pick up a pack. 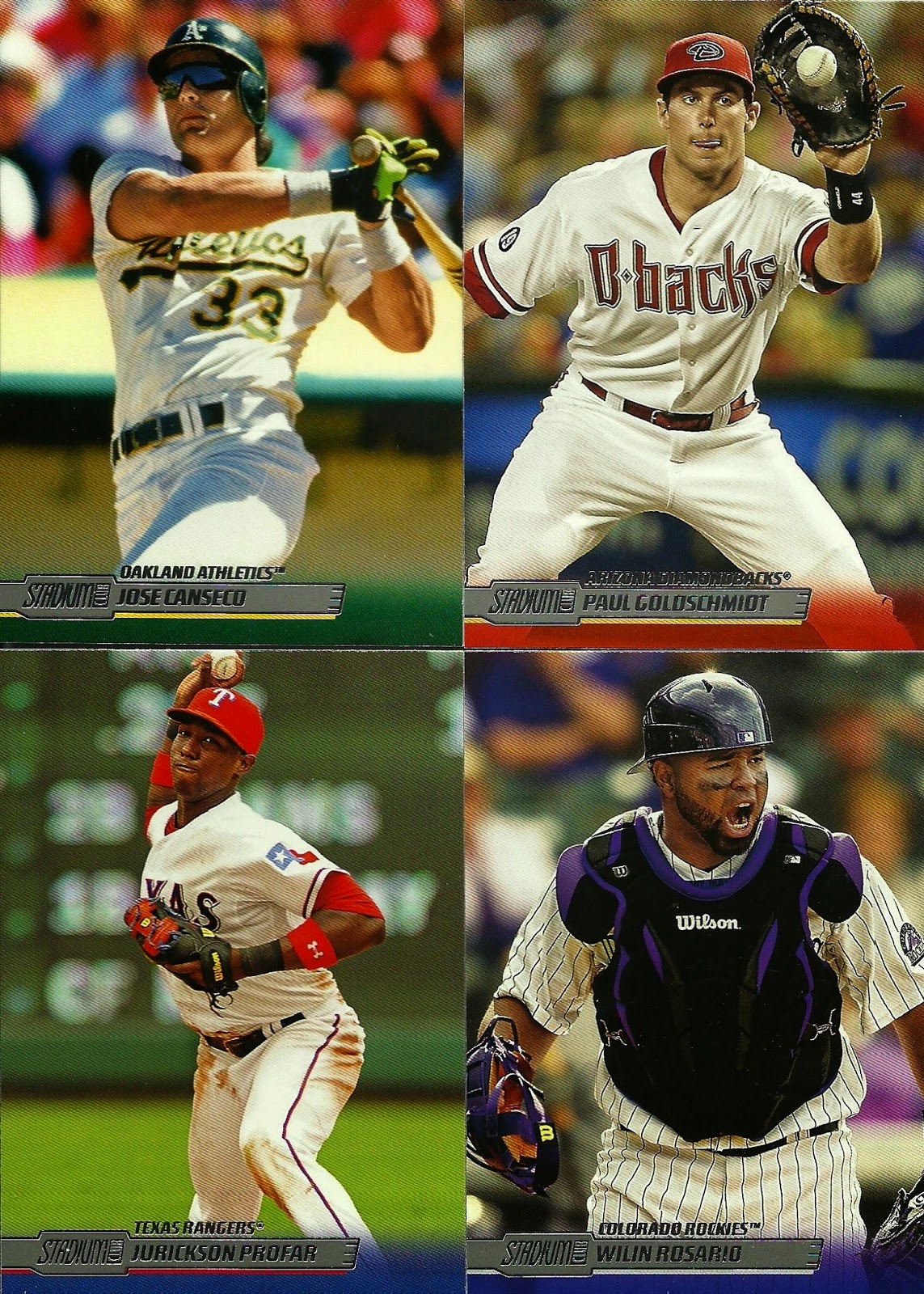 At first, I didn't like the 2014 Topps Heritage design, but it grew on me.  The only exciting thing I got in the Heritage Minors pack was this Logo Patch card.  I didn't do a very good job on the picture cropping.  :( 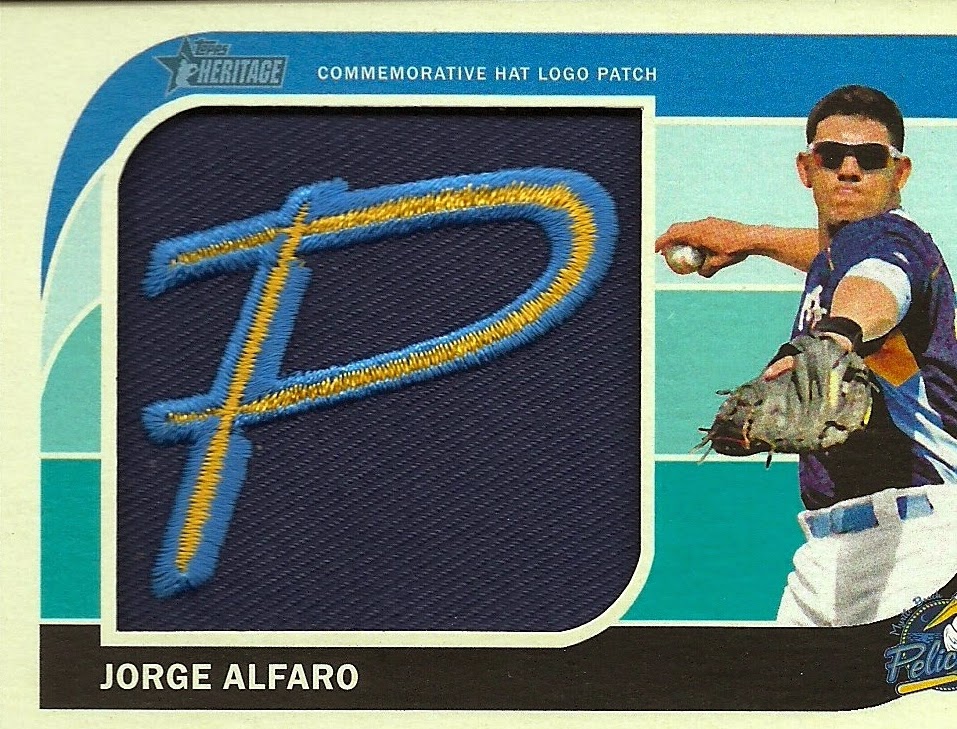 Finally, 2014 Pro Debut.  Again, nothing interesting here.  I did get a Cubs minor leaguer. 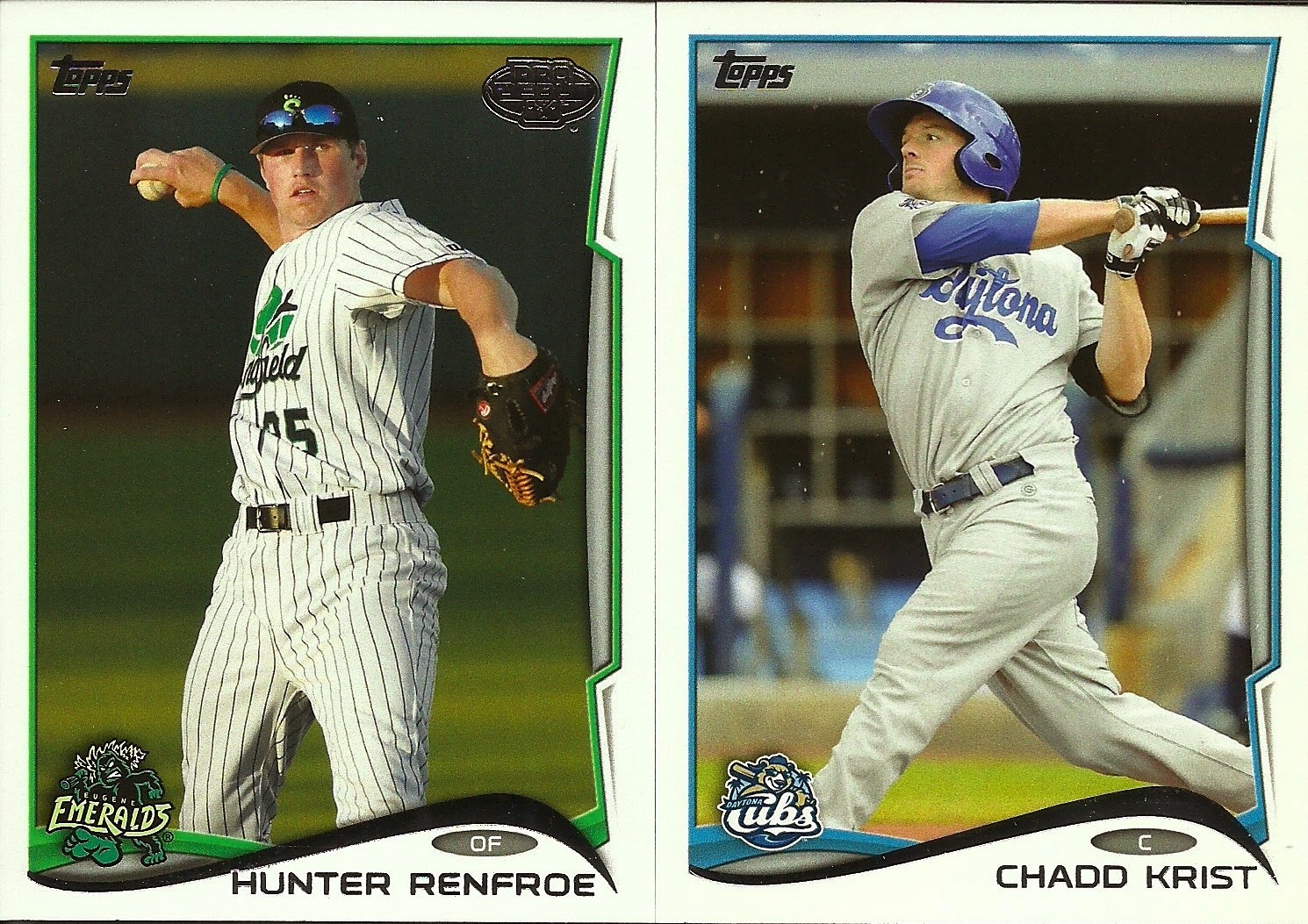 A long overdue trip to the LCS

Due to my overloaded schedule of work and school, not only have I not been able to blog or trade, I haven't been able to make it down to my local LCS.  I spent several hours down there filling some of my Royals needs, as well as 2014.

First, I was able to complete 2014 Bowman main set!

I was also able to knock out quite a few of the prospects and chrome prospects!

While looking around in the 2014 Bowman box, I was able to scoop up some Cubs prospects and some current Cubs! 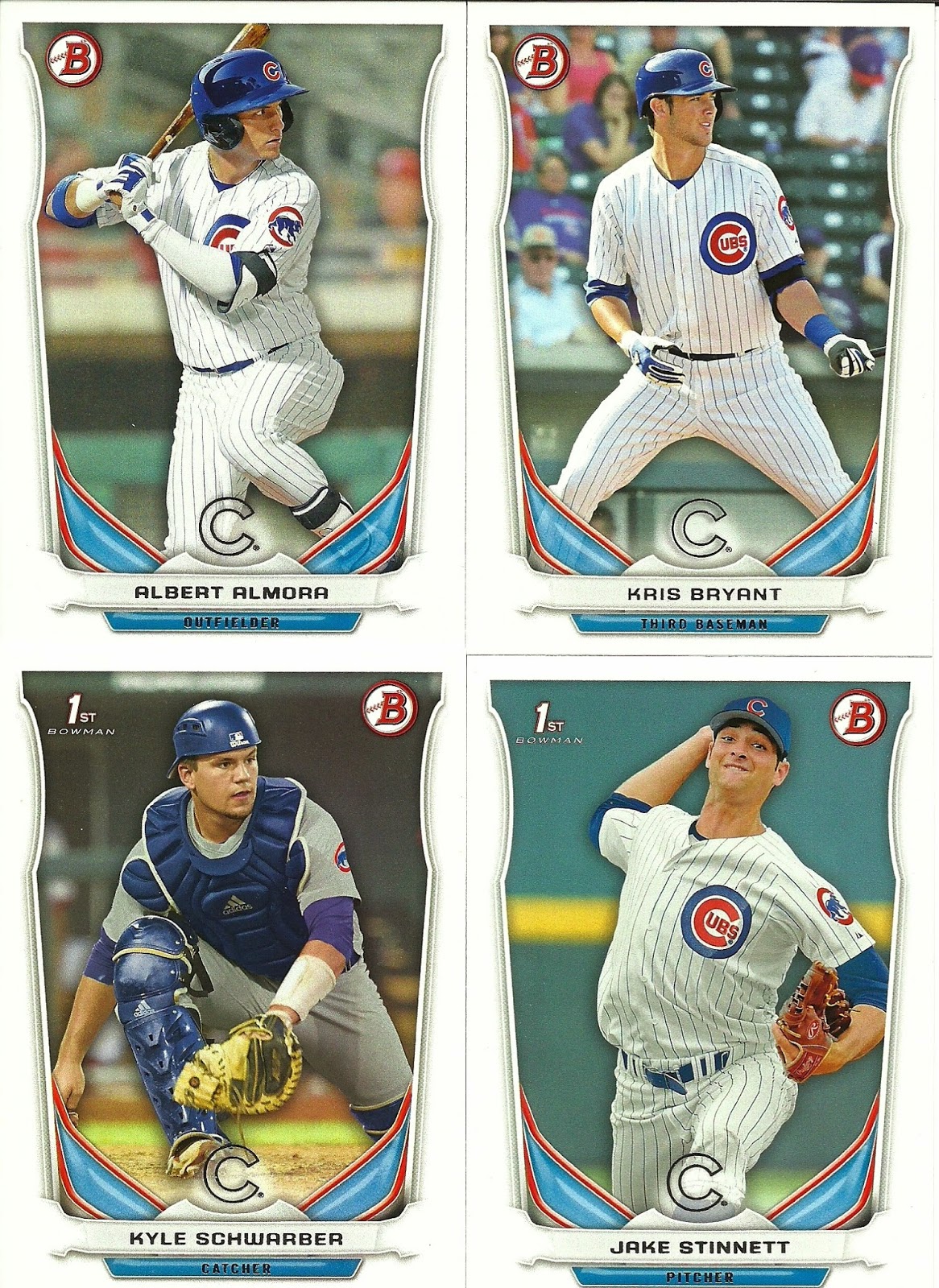 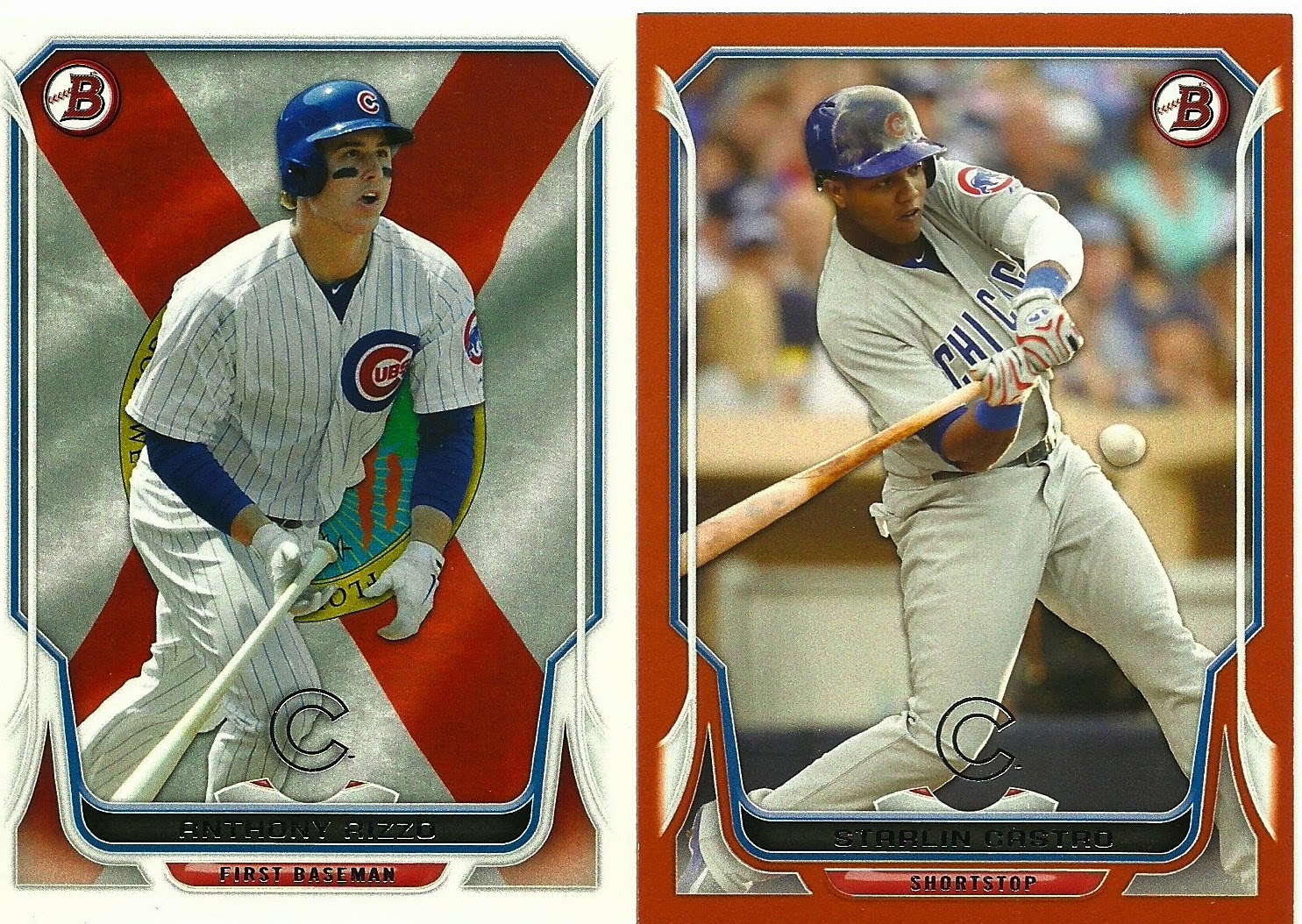 I also scanned the old Royals card box, and was able to get some cards for my Royals project! 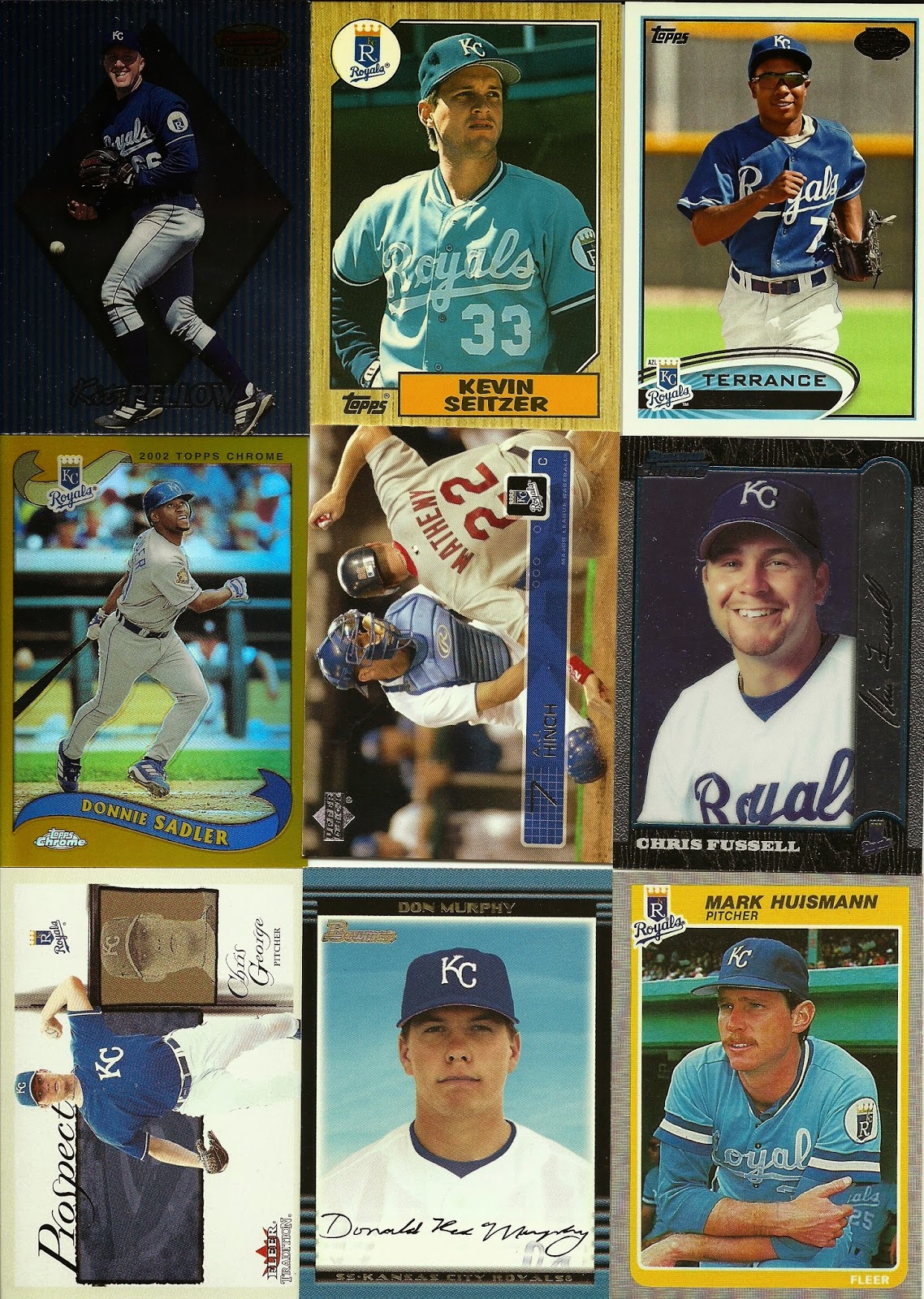 Finally, just a few for my PC's:

Another enjoyable trip to the LCS.  I hope the next trip isn't that far off!

Posted by Laurie at 3:14 PM No comments:

A letter back from Spring Training

Ryan Wheeler is currently a non-roster invitee with the Angels. 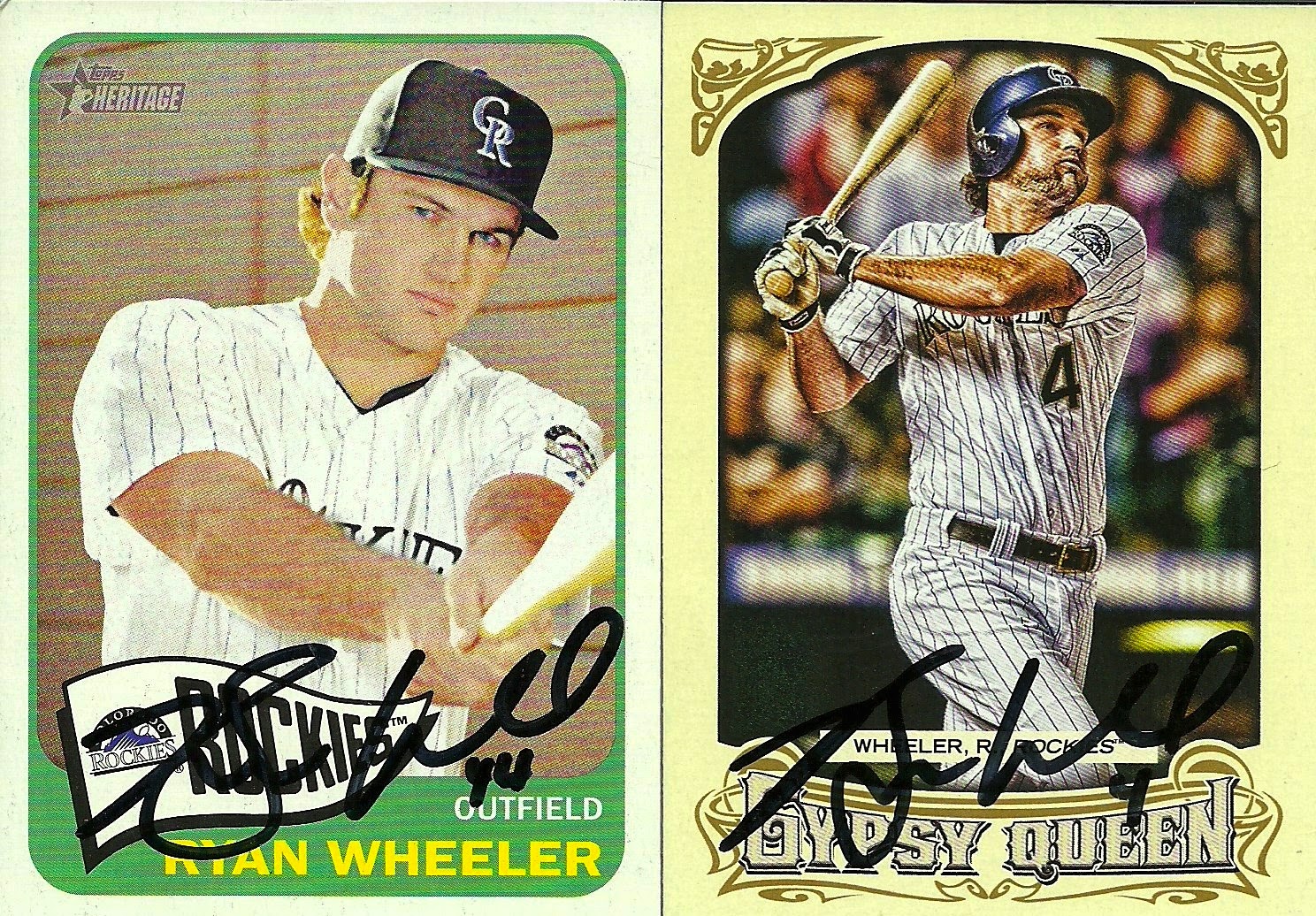 I also got a couple of return to senders on:

Grace was with Hillsboro last season, but this season he's the assistant hitting coach with the D-backs.