Jonathan Lucroy started off the 2015 season injured, but when he came back, he was playing well enough that I picked him up in my fantasy baseball league after he got off the DL.  Thank goodness, because I stupidly dropped Evan Gattis!  However, he suffered a concussion at the end of the year, and ended the season on the DL, and was unable to help team Sponge Babe finish runner-up in my league. 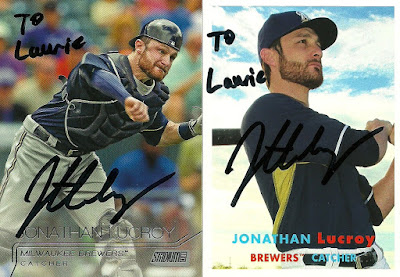