I got a couple of envelopes back throughout the week.  I had hoped since I had been sending out 3 a week since almost the beginning of the season, I would have more little white envelopes coming back.  Anyway, I guess I shouldn't complain this week, 2 back and 3 out.  That makes me think of

Moving on...First back this week was Pat Kelly from the Yankees.  He signed 1 card and returned it, however did not return my second card.  He signed it with a pen. 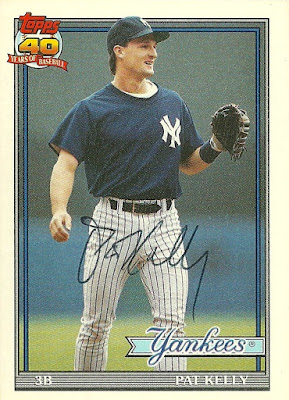 Next up is Chase Anderson.  He's currently a starting pitcher with the Brewers and with my fantasy team.  He's on the DL this week, so he won't be pitching for team Sponge Babe. 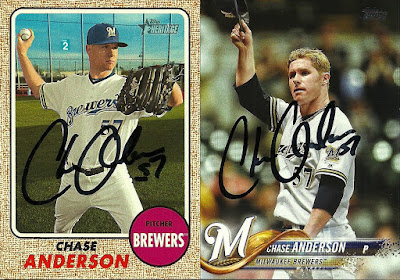