An abundance of PWEs this week!!

A grand total of 5 TTM PWE envelopes this week!  Since I had increased my TTM requests this baseball season, I haven't gotten a whole bunch of them back.  If you look at my Goals/Stats tab, I expect by the end of the year, my percentages will go down dramatically, but that's the challenge and fun of it all, right?

The first one is from Marlins prospect Trevor Rogers.  He finished the season at Greensboro, with a 2-7 record and a 5.82 ERA.  He's the #10 prospect in the Marlins Top 30. 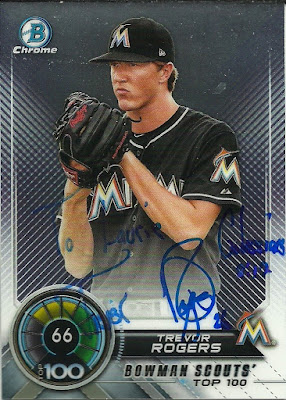 Next is from former Twins prospect, Adam Walker.  He signed with the Nationals this season, and spent the year at Harrisburg.  He hit 4 HRs, 17 RBIs, and hit for a .200 average in 41 games for the Senators. 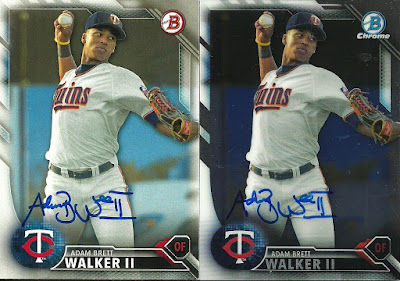 Aaron Altherr is a great TTM signer.  He's currently finishing the season with the Phillies, where he's hitting .185, with 8 HRs and 38 RBIs in 95 games. 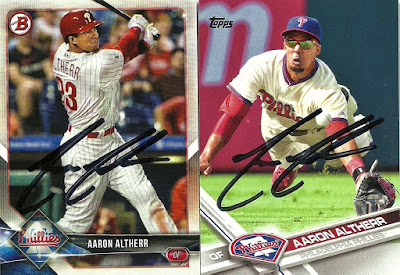 Finally, a return from an MiLB manager, Mike Rabelo.  He's the manager of the Lakeland Flying Tigers, the Class A Advanced team of the Detroit Tigers.  They finished 36-27 this year.  I sent two 2006 Topps cards; Mr. Rabelo had two different cards in the set, however, he only returned one card. 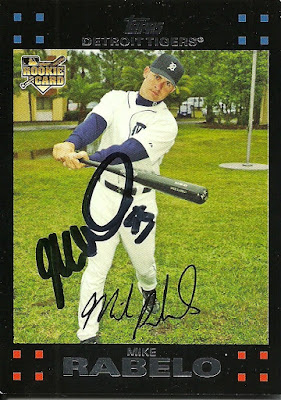 I did get a TTM request returned, from Rochester.  I sent a request to Taylor Mother, but he was released by Rochester before my envelope made it there.
Posted by Laurie at 6:30 AM