The PWE envelopes this week!

It's an exciting time of year, when my TTM envelopes are coming back in waves, probably secondary to players signing their mail before the end of the season.

Bill Landrum is a former pitcher, mostly known for pitching for the Pirates.  He spent 1988 with the Cubs, but did not have a card made. 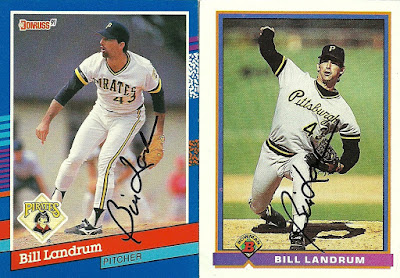 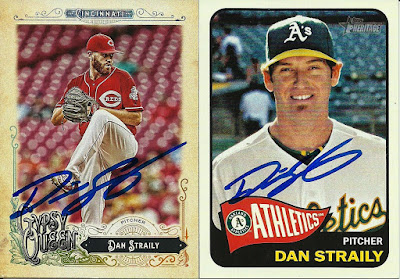 This return from Michael Cuddyer is sweet!  The scanned picture doesn't do it justice, but it looks nice on this 2013 Topps Chrome card. 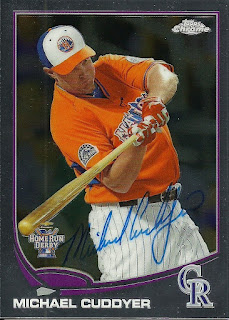 Finally, two cards back from Twins prospect Tyler Jay.  He's #22 on the Twins top 30 prospect list.  He spent the year at Chattanooga, the Twins AA team. 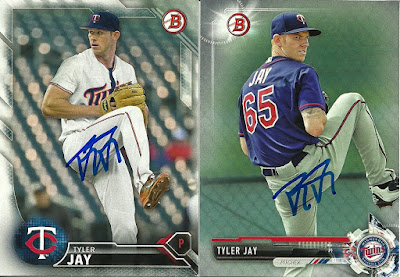