When Panini gives you a lemon, they also make you some lemonade!

I follow quite a few fellow Bloggers and sports card people on Twitter, and I had read some poor reviews regarding 2019 Panini Elite Extra Edition Baseball.  For $20, you get 5 cards, and most were unhappy with that, which I agree.  But, low and behold, I was at Target and couldn't resist new product.  Out of the 5 cards, one was a relic, but this is what it looked like: 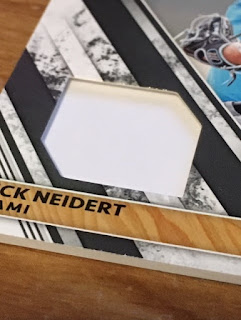 There was no relic in there!  I filed a QA ticket with Panini.  I didn't have much hope for this to be fruitful because I had not read any good reviews on dealing with Panini.  However, after filing on January 2, this week, I received a package from Panini that included this: 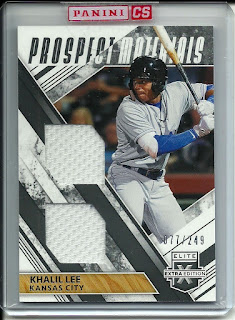 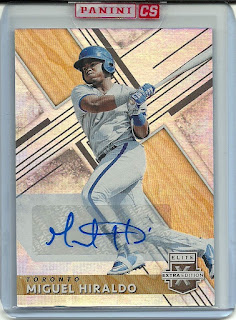 I couldn't believe it!  I got two cards, and one is a Royal!  I had to do some reading on Miguel Hiraldo, but it looks like he's doing well in the Blue Jays system.  Thank you Panini!