This is another new "Top 5" category I'm trying this year.  Granted, the cards I picked for this are very specific to my collecting goals.

Number 5:  Jackie Kennedy.  I have a small presidential collection that I'm working on when I want to.  I'm not calling it an "official" collection or collecting goal yet; too many other logs in the fire.  I bought this off of COMC. 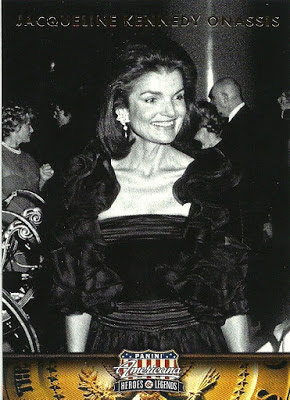 Number 4:  Eric Hosmer.  This Green Triple Threads card was also bought off of COMC.  COMC is great for me because it allows me to buy the cards I may not otherwise be able to frequently afford a box of (i.e. Triple Threads). 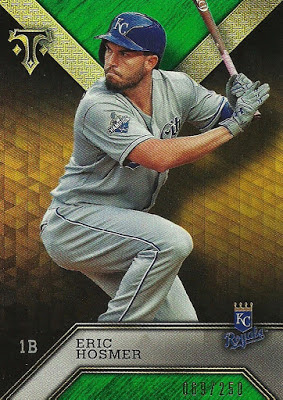 Number 3:  Jordan Canzeri.  I don't have many camo cards in my collection, but I had to snag this one because he was the only Hawkeye in the 2016 Panini Draft Pick set.  I don't mind Panini cards when the team actually has the logo on the card (this is why Panini/Donruss baseball sucks).  This was also a COMC buy. 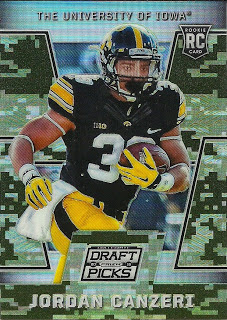 Number 2:  Tim Costo.  Again, another Hawkeye.  This is my very first Desert Storm card. Again, COMC hooking me up! 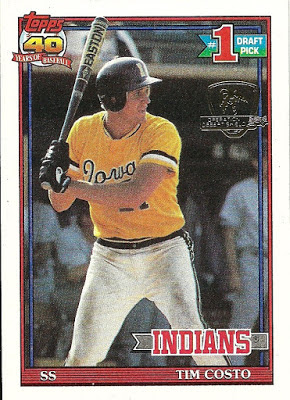 Number 1:  Jose Canseco.  This was a white whale card for me back in the day.  No way I could afford this card.  But, I got it in the singles card section at my LCS for cheap...my kind of pricing! 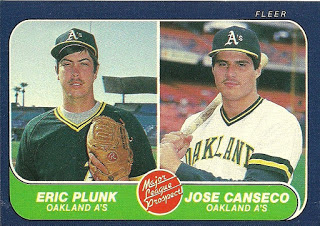