Here it is...my Top 5 TTM returns for 2017.  When going through the year and seeing what I decided to pick for the top 5, I was surprised it was not Cubs and Royals heavy, like my other lists have been.

Number 5:  Brendan Rodgers.  A highly touted rookie in the Rockies minor league system.  I would expect him to be in Spring Training with the Rockies in 2018, but probably a long shot to make the team.  Still needs seasoning.  I picked these cards because I liked the way they look. 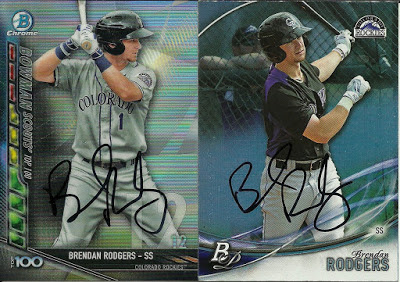 Number 4:  Amed Rosario.  A Mets rookie, there was a lot of talk about him getting called up to the Mets all year, especially with how awful the Mets were this year.  It finally happened on August 1, and he never left. 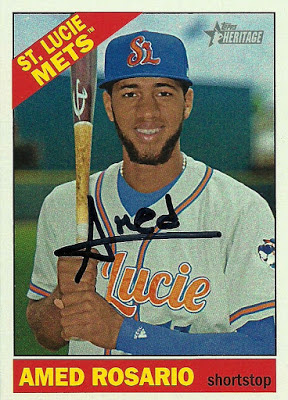 Number 3:  Christian Arroyo.I was excited to get this back right around the time he was called up to the Giants.  Since the end of the MLB season, he was traded to the Tampa Bay Rays in the Evan Longoria trade. 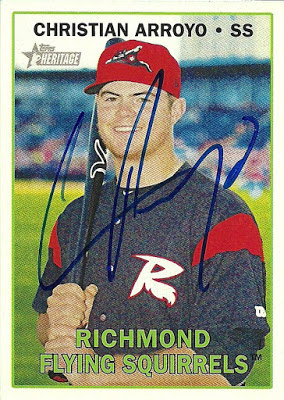 Number 2:  Greg Holland.  He had a great year for Colorado, but I wish it would have been for Kansas City.  The Royals had looked to resign him for 2017, and didn't.  I hope they regret that mistake.  I'm glad to see that he rebounded from his injury and had a great year! 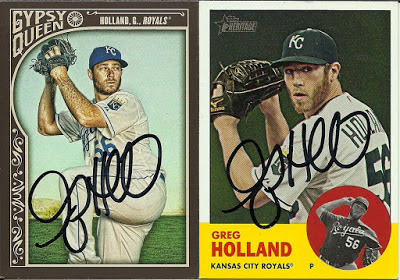 Number 1:  Marlins Man.  I know many people either love him or hate him, but Kansas City is a frequent stop for him.  He does quite a bit of community work and visiting schools in the city, and when he comes to town, it's very positive for the community. 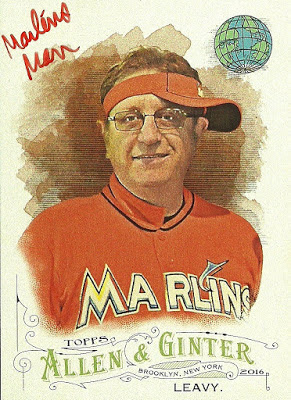