A return from the 2011 Arizona Fall League

I got a card back this week that I had written off long ago.  I had two that I didn't get back from the 2011 Arizona Fall League, but now, that total is one. 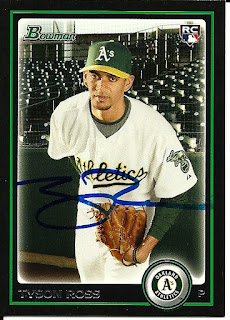 Chris James was a big prospect in the Phillies system when I first started collecting cards. 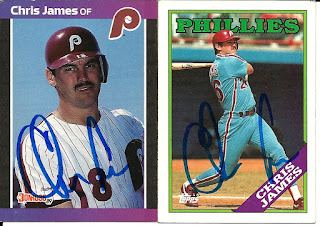 Rick Wrona was part of the 1989 Cubs team that won the division.  I remember Joe Girardi and Rick catching games for the Cubs on WGN. 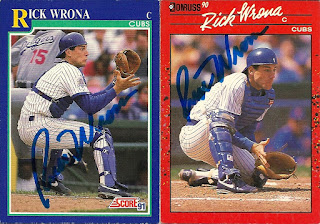 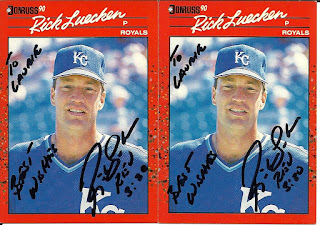 Finally, Doug Jennings signed 3 cards for me.  He's a former Athletic and Cubs.