I bought an 2013 Allen & Ginter blaster box last week.  I really wasn't excited about this set when it was previewed on the internet.  When I opened all my packs, I noticed a lot of retired players in the set; I think this year's set has too many.  I would love to see this set pick 15 players to add to the set every year, and make it different players than in previous years.  Spread the love around, Topps.  I also don't care for the sub-sets this year, either.  I wasn't really impressed with the 2012 sub-sets, either.  In fact, I've never really been interested in the Allen & Ginter sub-sets, at all.  I will not be collecting this whole set.  I will probably buy one more blaster box, but that will be about it.  Here is what I got:

Current Players:  My only Cub and Royal, as well as a future HOF.

Old dudes:  Here are my favorite retired players.  I was super excited when I got the Gary Carter.  One of my favorite players of all time!

I don't know if anyone noticed this, but I have to give a shout out to Topps, they gave Gary Carter the #8 card.  RIP The Kid 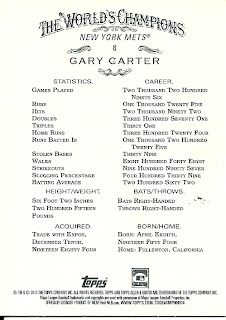 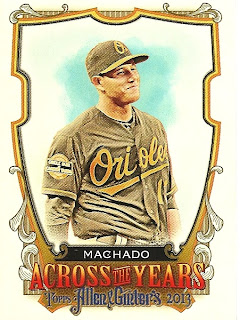 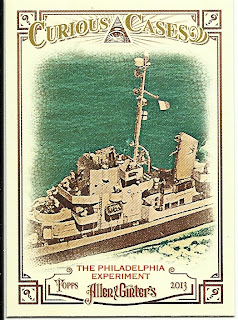 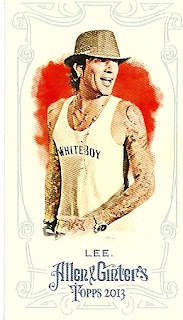 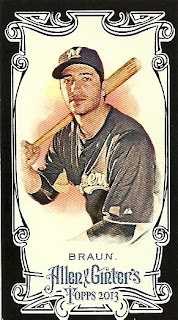 Mini inserts:
The First Americans:  Zuni & Navajo
Posted by Laurie at 11:30 AM